The Qld govt is headed towards another payroll disaster 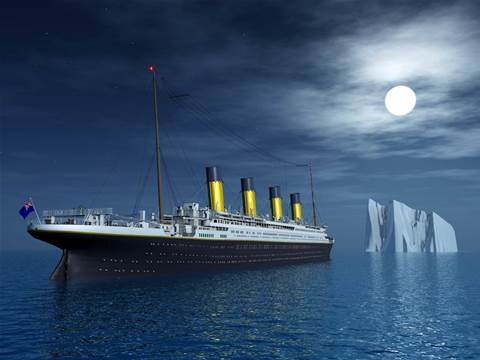 The hundred million-dollar overhaul of the payroll system used by Queensland's emergency services workers is very likely to fail without "significant intervention", according to an independent audit of the troubled replacement.

The Queensland government has been trying to replace the long out-of-support Lattice system - which was similarly at the centre of the infamous Queensland Health payroll failure - within emergency services agencies since 2014.

The initial plan was to spend $100 million outsourcing the payroll function for the state’s ambulance and prison officers, firies, and non-frontline support workers to Datacom, and implementing a new HCM solution.

It was to be completed by June 2016 and deliver business benefits of $4.2 million.

But after almost $20 million had been spent, the Liberal state government was overthrown in 2015 in favour of a Labor leadership that immediately put a halt to the scheme.

It decided to bring the payroll function back in-house, ditching Datacom and later giving responsibility for the overhaul to Queensland Shared Services, which opted to move emergency services workers to its existing Aurion HR system.

Datacom did, however, manage to hold onto a slice of the work; it was contracted late in 2015 to deliver a software-a-service HCM solution to the public safety agencies.

But the effort has stagnated since then.

At the start of this year, around $35 million had been spent but public service agencies were still using the Lattice solution, and none of the new HCM modules had been implemented.

The project is now not expected to be complete until the end of 2018.

At current standing, QSS is planning to migrate the three public safety agencies off Lattice in a staggered approach up to October this year, and deliver the HCM rollout to individual agencies over the year following June 2017.

But in the meantime, wages of emergency services workers have continued to be processed by a system that has been out-of-support since 2008, and which requires 56 shared services workers to operate.

A "health check" of the project by independent auditor PwC, tabled in parliament yesterday and first obtained by the Courier Mail, reveals the overhaul is on a path towards disaster.

The audit firm didn't beat around the bush, reporting there was a low chance the project would succeed without needing additional time and budget unless big changes were made.

It investigated the project over December and January, studying how well its governance, project management, program management, contract management, and financial management were performing.

The findings were less than rosy.

It cited one example of the time QSS was taking to make decisions, revealing it took 12 months for a data management strategy to be approved.

Part of the problem lies in the the project's leaders being too caught up in the structure of the program to properly focus on the task at hand, PwC said.

It's also unclear if QSS or the government's corporate services provider to public safety agencies, the PSBA, is in charge of the HCM component.

Similarly, for significant periods of time, no progress was made due to uncertainty in the government's direction, but somehow the agency was still burning through around $700,000 in costs per month, PwC said.

The audit firm said the combined issues meant it was currently unclear whether the $100 million budgeted for the project would be enough.

To get the project on the right path, at a mimimum the HCM and payroll components need to be split up into two separate projects with separate governance to make sure the focus is on the highest risk area: moving off Lattice, PwC said.

Next the project's leaders need to conduct an "immediate, time-boxed" reassessment of the scope of the HCM project to validate its viability. The PwC audit found that insufficient consultation with agencies over the final HCM specs has meant the solution is not fit for purpose for firies. Whether it will work for the other two agencies is unknown at this stage.

If the government decides to proceed with the project after these first two steps, the initiative needs to be "baselined" in terms of scope, timeline, budget and governance, PwC said. Strong controls also need to be added to oversight of the project's delivery.

"Over the last 12 months the program has built good momentum on the payroll scope component," the audit firm said.

The state government has defended the project in recent months, shifting the blame to its Liberal predecessor and claiming it is on track for a successful delivery.

In parliament today innovation minister Leeanne Enoch said since the PwC report, one agency - the Inspector General of Emergency Management - had already transitioned off Lattice to Aurion, and Queensland Corrective Services' shift was near complete.

"The former government’s appetite for outsourcing was huge and [it] completely mismanaged the rollout of this payroll program from day one," Enoch said.

"We won’t be taking any shortcuts. We are on track and on budget – and I would like to take this opportunity to thank all the incredibly hard working public servants in my department who are transitioning what is a complex system.

"We are applying due diligence to ensure security continues around payments to public servants."