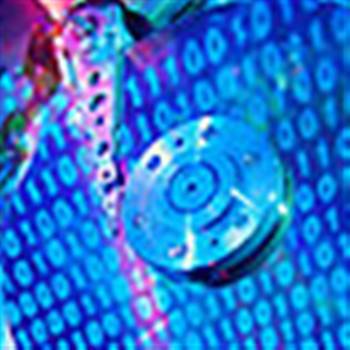 The hard drive on Wednesday turned 50.

IBM introduced the first magnetic hard drive in 1956 with the introduction of the IBM 305 Random Access Method of Accounting and Control (RAMAC). It signalled the end of punch cards and magnetic drums as the primary storage medium.

The RAMAC offered 5Mb of storage space on a total of 50 disks measuring 24-inch in diameter. The disks were stacked on a cylinder and a reader head would move from one disk to the other to retrieve information. It was considered too expensive to have 50 reader heads.

The device was housed in an enclosure the size of about two refrigerators. It weighted several tons.

Disk storage capacities since have increased 70,000,000 times while the disks have shrunk to sizes as small as one inch.

IBM back in 1956 only leased its computer equipment, but the storage device had an estimated cost of US$50,000, said IBM's vice president of storage portfolio management at an event celebrating the disk drive's 50th birthday on Tuesday evening at the Computer History Museum. Corrected for inflation, it would cost about US$360,000 in today's money.

The disk drive initially was used for enterprise storage only. Not until the invention of the first micro drive in 1999 did researchers create a disk drive that was specifically designed for consumer applications. Micro drives currently power devices such as digital video cameras and iPod music players.

Only a few RAMAC devices are known to exist today. Volunteers at the Computer History Museum are resorting one in an attempt to turn it into a fully working device. It is intended to be displayed at a museum that will be housed near the Silicon Valley site where the RAMAC was first invented.

Flash memory meanwhile has started to chip away at the hard drive's market, but few people expect that it will supplant the storage technology any time soon. Especially the digital media boom is only increasing the demand for disk based storage, including the movie download service that Apple launched earlier this week.

Got a news tip for our journalists? Share it with us anonymously here.
Copyright ©v3.co.uk
Tags:
50drivehardhardwaretheturns