The death of the silicon computer chip 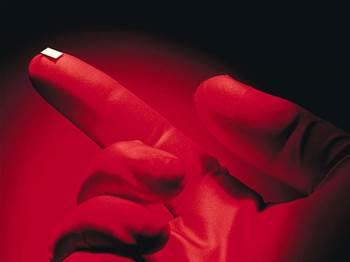 The reign of the silicon chip is over, according to physicists who predict that the conventional silicon chip has no longer than four years left to run.

Meeting at the Institute of Physics’ Condensed Matter and Material Physics conference this week, researchers speculate that the silicon chip will be unable to sustain the same pace of increase in computing power and speed as it has in previous years.

Just as Gordon Moore predicted in 2005, physical limitations of the miniaturised electronic devices of today will eventually lead to silicon chips that are saturated with transistors and incapable of holding any more digital information.

Scientists are now investigating alternative components that may pave the way to faster, more powerful computers of the future and potentially extend Moore’s Law of technological advancement.

One team of researchers at the Leeds University in the UK have proposed to replace silicon chips with carbon nanotubes, which are electrically-conducive tubes of pure carbon that are tens of times thinner than a human hair.

Already, some elements of computer circuits such as transistors have been constructed from individual carbon nanotubes. However, scientists have been as yet unable to precisely arrange nanotubes into circuit patterns, which is necessary to determine how each tube conducts electricity.

In a development that is expected to bring carbon nanotubes one step closer to commercial use, the Leeds University researchers have developed a technique of growing nanotubes on a perforated ceramic grid.

The technique allows the research team to determine the electrical propesrties of individual nanotubes, after which the tubes are accurately positioned on a surface using a tweezer-like device.

“With this technique we can make carbon nanotube devices of a complexity that is not achievable by most other means,” said Chris Allen, of the Quantum Information Group at the University of Leeds.

Meanwhile, other groups of scientists claim that superconductors are key to future computing, as they may be able to harness the power of quantum physics to boost computer power tremendously.

Superconductors are materials that conduct electricity with zero electrical resistance, which effectively means that an electric current can circulate around a superconducting loop for an indefinite period of time.

By linking the electric current in a loop to a quantum superposition state, superconductors may act as quantum bits, or qubits, in quantum computing.

Qubits are able to exist in multiple states at any one time, which massively increases the amount of information that can be encoded in a quantum computer’s memory.

According to physicist Hans Mooij, one of the biggest challenges in making quantum computers this way is to progress from two to three qubits that communicate with each other.

To maintain future developments in quantum computing, Mooij and his team of researchers at the Delft University of Technology in the Netherlands have developed a particular approach that supports future transitions from three working, communicating qubits, to larger groups of superconductors.

“With our qubit, once we have three set up we can move on to twenty or fifty,” he said.
Got a news tip for our journalists? Share it with us anonymously here.