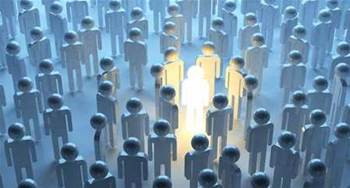 For many public sector CIOs, management's expectations of them have been low and tied directly to IT efficiency.

But as a new generation of leaders in the public sector takes office, expectations will change.

Historically, public sector CIOs have seen their job descriptions change much more slowly than their private sector counterparts, even as technology is changing the world at a more rapid pace.

Increasingly, the CIO role is becoming more strategic. For the most part, private sector enterprises are embracing change and adapting well.

While some public sector CIOs have the ambition to be equally strategic, they face the fundamental problem that their most senior bosses (such as the minister, chief executive, chief of staff or COO) have climbed the political ladder in an environment that does not necessarily give them the experience or the understanding of IT, or the value it can deliver in the public sector.

Currently, most public sector leaders view IT as a cost, and their poor understanding of its value drives them to simply demand greater IT efficiency.

In the private sector, CEOs are typically brought in by the board of directors or groomed from within by executive leadership based on a track record of success.

While policy-driven or charismatic leaders do exist in the private sector, most also have the fundamental skills and experience necessary to lead a large enterprise in a competitive environment.

A private sector CEO may only have a matter of months to turn the business around — before being fired or forced to step down.

In contrast, public sector leaders are elected by the people, often based on personal charisma or public policy — not their ability to run a large organisation.

According to the results of Gartner's 2011 CIO Survey, public sector CIOs held 'improving operations' as the number one business priority in 2014 — ranking it above 'reducing enterprise costs.'

Many public sector IT leaders respond by behaving as though efficiency should be their primary focus, and spend too little time educating their leaders about the opportunity for IT to drive change.

The way local, state and federal governments provide services will gradually improve, and with it so will expectations of technology's role.

The state and local election results of 2010 in the US, along with state elections in Australia, were, at least in part, driven by the demand that government be more cost-effective in service delivery.

The rise of the notion of "smart government" places even greater focus on IT-led innovation at the very foundation of how government functions and provides services to citizens.

New leaders increasingly will be more technically astute than their predecessors and, over time, will appoint CIOs that share their strategic views of technology and can implement them.

A new generation of government leaders will measure their IT leaders by the productivity that IT brings to public sector service delivery, rather than just the efficiency of IT.

The public sector CIO role will change, to focus on how well IT helps improve the productivity of government service delivery.

John Kost is a group vice president at Gartner, where he leads the group of analysts providing research specific to the role of CIO.