Text-based ads coming to a mobile phone near you 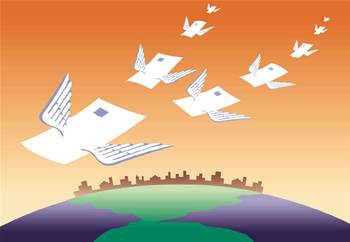 SYDNEY – Advertisements sent directly to your mobile phone could be upon us within 12 months if Australian telcos partner with Acision, a telecommunications innovation company which is attempting to bring the technology to market.

Acision, which this week de-merged from LogicaCMG, provided the first global MMS and SMS capabilities and the first SMS voting for US reality show, American Idol, boasts 300 telecom clients worldwide who service a billion end users.

The company now plans to enter into the Australian market an IP-based infrastructure that will allow telecoms to embed advertisements in SMS and information messages displayed on mobile phones.

“Ninety percent of the population in Australia is already using one of our services in some way, whether it be SMS, MMS, or something else,” said Bill Dekker VP sales at Acision A/NZ.

“We did some research and 75 to 80 percent of people surveyed said they wouldn’t mind receiving advertisements in this way, if they were non-intrusive, were tailored to suit their interests and needs, and if it meant they could receive a reduction on the cost of their phone bill.”

Dekker touts the prospect as innovative technologies that add value to the end user, service providers and advertisers. The company offers sponsored or independent options, sent either from the telecom or independently.

“IDC claims the mobile content market will be a $250 million market by 2010,” said Dekker.

“0.13 percent of the revenue earned globally from mobile phone content comes from this sort of advertising.

“We’re only 12 months behind the market globally here in Australia. No operators locally have picked up the technology yet, but every operator has employed a mobile advertising executive.”
Got a news tip for our journalists? Share it with us anonymously here.