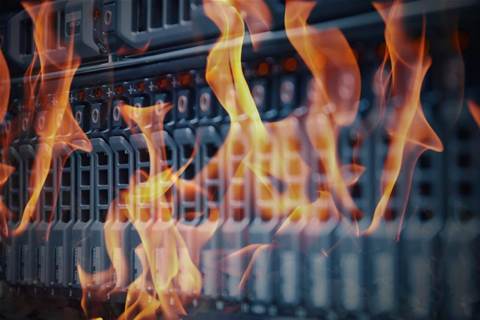 Fire has “severely damaged” the Telstra exchange in the NSW Riverina town of Tumut, cutting fixed-line and Telstra mobile services to the entire town.

The Tumut Rural Fire Brigade said they were called to a fire at the Telstra building on Friday afternoon, where “on scene crews [were] confronted with smoke and flames” coming from the facility.

Riverina Highlands Rural Fire Service also attended the blaze, and reported major telecommunications problems for the town of 6230 in the aftermath.

“The Tumut telephone exchange has been severely damaged by fire this afternoon, resulting in a loss of all phone, fixed and Telstra mobile services and internet for the entire town,” it said.

“Telstra are working on rectifying temporary services but it could be some time.

“Businesses are also without EFTPOS facilities, resulting in cash only purchases.”

Businesses in the town confirmed they were offline.

“Telstra/NBN network down. All calls were forwarded to my mobile, which is now down also,” Tumut Auto Electrics and Air Conditioning posted.

“Working on contingency plan, but can be contacted by messenger on Facebook.”

Local newspaper Tumut and Adelong Times reported that police are treating the fire as suspicious and had taken a man into custody, who was assisting with inquiries.

Telstra Regional general manager Chris Taylor confirmed to iTnews that it was now a "police incident".

He said connectivity would be re-established using one of the telco's portable exchanges, known as a MEOW or mobile exchange on wheels.

"We are currently unable to provide an timeframe for how long the restoration will take, but we will work to get customers back online as quickly as possible as soon as authorities advise it is safe to do so," Taylor said.

"A MEOW will arrive [Saturday December 7], and customers are still able to call Triple Zero through another carrier.

"We will continue to work closely with the police and fire services."