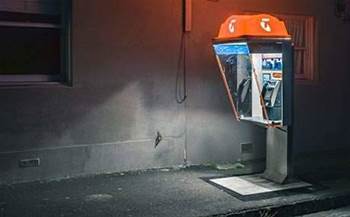 The telco's earnings - which were in line with analyst expectations - were affected by the May 2014 sale of its stake in CSL.

"This is our first full financial year operating without the CSL Hong Kong business," CEO Andy Penn said in a statement.

"As a result, our reported income and profit numbers are impacted on a comparative basis. However, excluding the profit from sales and oepratingal impacts of CSL, our business continuied to perform strongly."

Despite an increased investment in mobile, capital expenditure (excluding spectrum expenditure) fell by 2 percent to $3.5 billion.

Telstra attributed the lower capex to the divestments of Sensis and CSL in the year prior, as well as the transit network build which was completed in 2014.

This was partially offset by 10.2 percent growth in mobile revenue to $10.6 billion and a 23.2 percent increase in NAS (network applications and services) revenue to $2.4 billion.

Telstra now has a total of 16.7 million customers on its mobile network.

The total number of customers on a bundled plan increased by 280,000 to 2.2 million, accounting for 71 percent of Telstra’s retail fixed data customer base.

The result is the first under Penn, following the retirement of former Telstra CEO David Thodey in May.

Penn has committed to investing more than $5 billion in the telco's mobile network over the next three year.

It also finalised its revised definitive agreements with NBN.

As part of this strategy, Penn committed to increase capex to 15 percent of sales over the next financial year, improve line stability for 2.2 million ADSL customers, significantly expand the Telstra Air network in 2016, and increase exchange backhaul capacity.

He also reiterated plans to increase 4G coverage to 4.5 million square kilometres, along with the rollout of voice over LTE, LTE broadband and LTE Advanced services with speeds of up to 600 megabits per second.

“To deliver world class technology, we must have world class networks, and that’s what we will deliver,” Penn said.

On the capex implications of rolling out 5G, Penn said most industry bodies predicted 5G would roll out around 2020, and Telstra’s current network investments would put it in a strong position to make the upgrade.

During the company’s results presentation, CFO Warwick Bray warned investors the company could be adversely affected by upcoming ACCC decisions.

In particular, he said a draft determination handed down in June that would mandate a 10 percent drop in the fees it charges wholesale partners to access its fixed-line copper network would, if implemented, adversely impact Telstra’s revenues.

Another key area of concern for investors was the costs associated with transitioning customers from copper to NBN services as the rate of premises switching over accelerates.

“Over time, we’re confident these costs will go down,” Penn said.