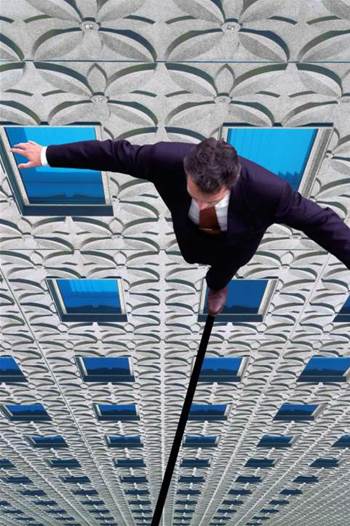 An economic analyst from Germany’s WIK Institute has said it would be both unfortunate and unusual for the Government to continue Telstra’s exclusion from the NBN process.

He said that in the context of similar national, next-generation broadband network rollouts globally, that "it's unusual to exclude a national incumbent" so early in the process.

"But it's also unusual for them not to put in a compliant bid," Marcus said.

"In the context of Australia, it would be unfortunate if Telstra wasn't part of the ultimate solution but I don't think it's out of the question."

The position appears to reinforce comments last year by local telco analyst Paul Budde, who said that "we cannot build a national network without Telstra".

Marcus said that fibre would likely be the "winning technology" - at least in highly urbanised areas in which there's both a requirement and demand for high bandwidth services.

But moving outside of the city metropolitan areas into what he called "the back country", a mix of wireless and fixed technologies could make up the NBN infrastructure.

Marcus said that technologies including HSPA+, LTE and WiMAX "need to be looked at" as part of infrastructure rollout discussions.

He didn't drill down further on the suitability of one wireless technology over another for an NBN-like project, apart from to say that "LTE seems to be stealing the march. Maybe the window is closing on WiMAX".

He was confident that a fibre rollout would play a major part in the NBN but even fibre carries risk.

"The question is whether there's adequate demand for it since most people today are using broadband services that don't require fibre bandwidth," Marcus told delegates at the ATUG breakfast earlier.

"Many countries are looking to roll out fibre to get ahead of the curve but the risk of driving innovation through public policy is that you get on the wrong horse.

"Fibre looks like a good horse now but maybe it just looks good because we don't know what the next horse will look like."

He clarified this statement to iTnews: "At the moment everyone generally believes fibre is the winner. It's seen as the most future-proof investment today.

"Corporations are at just as much risk of betting on the wrong horse when it comes to these types of decisions. I think fibre is an acceptable risk."

Marcus also disagreed with ATUG director Dr Robert Green's suggestion at the Senate Committee hearings this week that a new regulator would be needed to mediate interconnection and access disputes on the NBN.

"I would've thought the better solution would be to have a single regulator [across the industry] but ensure they have adequate powers to do what they need to do - and perhaps stiffen their backbone to enable them to do it," he said.

"Having multiple regulators leads to ‘disconnects' and inefficient outcomes."

Marcus is in Australia to meet with predominately government officials. His travel is being sponsored by the Competitive Carriers Coalition, although Marcus said that "nobody's telling me what to say."