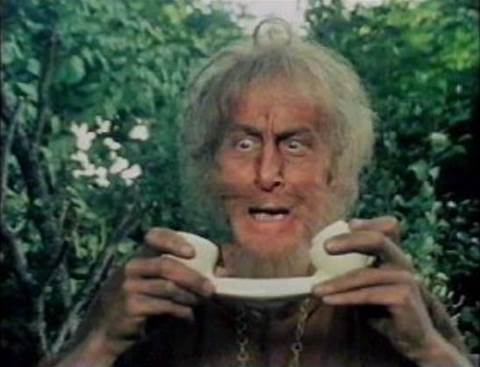 Judge finds phone cabinets are not a "rustic lodging" or "animal's den".

Telstra has won a battle of sorts against three Australian CBD city councils over what constitutes a phone box under federal law – versus what local governments claimed is a big electronic billboard rollout cunningly disguised as new “smart” cabinets.

In an intriguing rebuff to an attempt to secure federal intervention by Melbourne City Council –backed by Brisbane City Council and the City of Sydney – the Federal Court on Tuesday determined that a phone box is just a phone box … at least until the ads are actually switched on.

The battle between Telstra and city planners across three states is a litmus test over how Telstra can continue to use and apply a “low impact” threshold to phone boxes and booths that have for decades let it bypass council permissions by using telecommunications regulations to trump council planning powers.

The decision is an important one because it will affect councils across Australia.

Councils, which regulate and charge fees to permit outdoor advertising, had accused Telstra of sneaking in new phone booths with large electronic displays under the ‘low impact’ rules as a way to gazump their control over outdoor ads.

Under the ‘low impact’ regulations phone booths can have ads and bypass council controls; but they have to be ads about phone services, rather than third party ads for the likes of handbags, fast food Netflix or nearby attractions.

Tuesday’s ruling by Federal Court Justice David O'Callaghan maintained that definition – albeit with the catch that Telstra will have to apply for new planning permission if it wanted to make the new electronic billboards display non-Telstra ads.

Councils, which traditionally sell advertising rights to street furniture providers like JCDecaux to offset the cost of that infrastructure, are deeply unhappy that what used to be community infrastructure is now eroding their ad revenue base.

The biggest rub for councils is that Telstra will now be converting its fleet of increasingly under-utilised payphone boxes into an street advertising property play without councils getting a say where the boxes can and can’t be – which effectively dilutes the value of advertising sites the councils can clip.

“It is apparent from the evidence that Telstra and [JCDecaux] are seeking to take advantage of Part 6 of the Determination to install structures that act as electronic billboards for third-party commercial advertising, in ideal revenue-generating locations throughout Australia’s capital cities (and other population centres), and by doing so, avoid the need to comply with State town planning laws, or obtain landowner consent,” Melbourne City Council submitted.

“The means by which Telstra is seeking to engineer that outcome is by attaching a payphone instrument to one side of a panel structure, and calling it a ‘public payphone cabinet’.”

One of the more amusing arguments run by the councils was that the inclusion of a USB charger port on the new phone booths sufficiently deviated from the core use of the phone box to cross the legal line because it “is not a use for either a carriage or content service within the meaning of criterion.”

Which didn’t get it very far.

“The presence of the USB charger is understood to be trivial and thus irrelevant to the relevant inquiry, then leaving aside the question whether planning permission is given to display commercial advertising on them, the New Payphone Cabinets satisfy the definitional requirements of a low-impact facility, on the (balance of) the Councils’ own case,” Justice O’Callaghan wrote.

The judge was also underwhelmed by various definitional arguments as to what made a phone box a phone box in terms of its construction.

He said that Melbourne City Council had “invoked the Macquarie Dictionary definitions of “cabinet” including “a piece of furniture with shelves, drawers, etc., for holding or displaying valuable objects, dishes”; “a piece of furniture holding a record-player, radio, television, or the like”; and “a case with compartments for precious objects, etc.”.

Melbourne also fell back on the Shorter Oxford English Dictionary and cited the definitions of “A secret receptacle, a repository”; “[a] case or cupboard with drawers, shelves, etc., for storing or displaying objects”; “[a] small chamber; a private room”; “[a] small cabin; a tent; a rustic lodging; an animal’s den”.”

People living nearby Telstra payphones might empathise with the descriptions of a rustic lodging or animal’s den given the frequent misuse of booths for a range of anti-social activities, but Justice O’Callaghan did not.