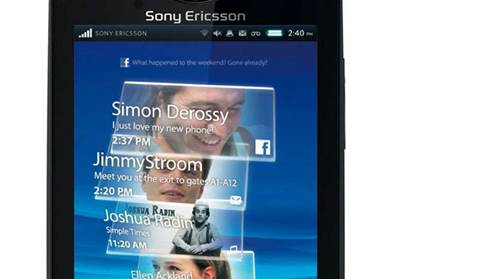 May the fourth be with you.

Telstra will launch its second Android-powered mobile phone, the Sony Ericsson Xperia X10, on May 4, 2010.

The telco announced in February that it will also be offering the Android-based-HTC Desire, which is due to arrive at your nearest T[Life] store before the end of this month.

The Sony Ericsson X10 has a four-inch touch-screen display, an 8.1 megapixel camera and is compatible with Microsoft Exchange. It packs a 1Ghz Snapdragon processor.

The phone provides easy access to Telstra's service widgets and as with most modern smartphones, a whole heap of applications are just a finger-swipe away.

One feature being touted on all Android-based phones - including Motorola's MotoBLUR, which is exclusively available on rival Telco Optus' network - is the consolidation of social media services.

The X10 uses tools called TimeScape and MediaScape to combine updates from social networking sites and allow users to change their status or send a tweet. They also provide links from songs stored on your phone with content on sites like YouTube and allow users to purchase songs from Telstra's BigPond Music service.

What do you think of Telsta's rapid moves into Android-based phones? Comment below.