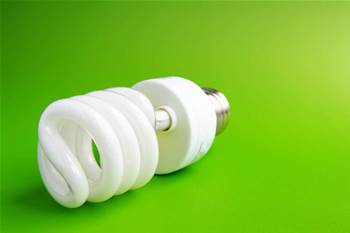 Telstra is working on a new way to feed solar power into its telephone exchanges, one of several initiatives underway to reduce its reliance on coal-fired electricity.

The carrier's director of asset and facilities management, John Romano, told iTnews the "new solar design" is being worked on by an internal technology team with the aid of consultants.

"We've come up with a new solution on how we feed our sites with solar, and we're in the process of getting a few trials done around the country," he said.

"It looks viable but we've got to test it. In three months we'll better understand if it's viable."

Some Telstra exchanges currently have the ability to run equipment on a mix of mains and solar power, but the number is partially kept low by the cost and potential benefit.

"What we do is feed the site with mains power and solar, so we reduce the cost and use of mains power," Romano said.

"The solar panels are cheap but putting them on some of our sites and building them large enough to actually provide any benefit costs a fair bit".

The systems also typically provide only about "four or five hours a day" of benefit to an exchange site.

But Telstra sees a far bigger future for solar and other renewable energy sources, such as tri-generation, biofuel and fuel cell technology, which it made standard for back-up supplies to mobile towers and small exchanges last week.

"Ultimately it would be fantastic if we had to use no energy from coal to keep our sites running," Romano said.

"That'd be the ultimate objective, but that's never going to happen while I'm alive. [For now] it's about what can we do with some of the new technologies that will enable us to use less coal power."

Romano is more or less in the same boat as other testers in Australia — trying to find a business case to deploy technology that is at various stages of maturity.

"Some of this technology may not be viable now but it may be in three years," he said. "We're going to continue to assess [the technologies] and if they're viable we'll roll them out."

Cooling is typically a large drain on electricity, accounting for up to 30-40 percent of total energy consumed onsite.

Telstra is working to reduce energy and cooling costs in part by turning to fresh air cooling for its exchanges and mobile huts, having embarked on a rollout about four years ago.

Romano said that where fresh air cooling systems are present, air-conditioners are now used only "5 or 10 percent of the time". They are generally required only when the internal temperature starts to climb above 28ºC, which is Telstra's approximate ambient temperature standard.

"From our studies we reckon about 28-29ºC is the optimal [ambient temperature for facilities]," he said.

The network equipment is rated to run far hotter — "40 or 50ºC would be "no issue", according to Romano, and that is supported by American Society of Heating, Refrigerating and Air Conditioning Engineers (ASHRAE) research (pdf) on equipment ratings.

What prevents Telstra from running facilities much warmer than it does are battery back-up technology and occupational health and safety.

Larger Telstra facilities are targeted with regular energy audits and analytics systems that monitor and compare consumption on a weekly basis.

Romano said that facilities are typically audited every 12 or 18 months. About 500 audits occur every year.

Last month, Telstra revealed the results of an energy audit of its Charlotte exchange by Silcar, which turned up anomalies in cooling system usage and ambient temperature sensing.

The Charlotte exchange is one of approximately 20 facilities in Australia that Telstra classifies as "priority sites". Similarly-sized sites in Sydney, for example, would be the Pitt and Kent Street exchanges in the CBD.

"The buildings have been around for quite a while. As you add infrastructure into the building, ongoing optimisation is required to best work the airflow and to make sure even our cooling systems are up to scratch," Romano said.

BMS reconfiguration and replacement of temperature and humidity sensors and some of the motors that open louvres for fresh air cooling led to $50,000 in electricity savings at the site per year, according to Romano.