Telstra to power its sports streaming with Kayo 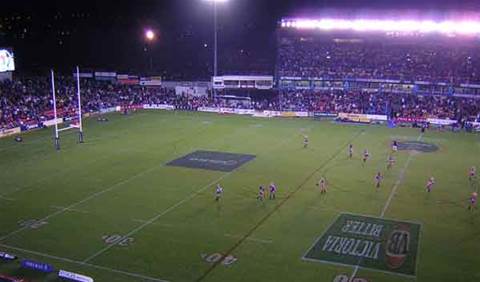 Telstra is set to change the way it streams sports to its customers, striking a long-term partnership with Foxtel and Kayo rather than continue with its own 'Live Pass' services.

CEO Andrew Penn said that Live Pass, which launched in 2012, had grown to about three million customers and had served them well.

However, he noted that the streaming market had progressed substantially since, and that the broadcast limitations of Live Pass - which restrict video to a certain-sized screen - meant it no longer fitted customers’ needs.

“In the old Live Pass, we were really restricted to being able to make that available on a mobile phone screen, and even if we could put it on an iPad it was still limited effectively to a 7-inch image,” Penn said.

“Of course, streaming has moved on, and we’re now seeing streaming across all platforms, whether it’s tablets, in homes on the big screen or on a mobile device."

Live Pass was accessed through mobile apps for the major sporting codes such as the AFL and NRL.

Penn said that these apps would continue to exist, as they offered more than just Live Pass access, however the streaming portion of those apps would now be powered by Kayo.

Additionally, customers would not be limited to just a handful of live-streamed sports but could access the full spectrum on offer through Kayo.

“We believe the best thing for us to do now is to get all of our weight behind Kayo because it is such a great offering and we can give our customers so much more,” Penn said.

Penn added that Telstra would also work with Kayo and different sporting codes to augment digital streaming offerings with technology such as 5G, augmented and virtual reality, and artificial intelligence.

He said that these technologies could improve the viewing experience and make it more realistic and interactive.

Penn said that virtual reality could facilitate “an almost in-ground experience” for people unable to physically attend games, while AI could provide “much richer information in regards to player performance and statistics”.