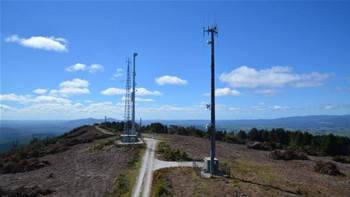 Police, fire and emergency management minister Mark Shelton revealed that the government had entered contract negotiations with the telco on Sunday, more than 18 months after the state first approached the market.

The Tasmanian Government Radio Network (TasGRN) will replace five existing radio networks currently used by as many as 10,000 employees and volunteers with a unified, P25-compliant digital network.

Such a whole-of-government network has been on the cards since 2005 to improve interoperability, though previous attempts have ultimately resulted in short-term workarounds due to disagreements over radiofrequency usage.

Emergency services agencies, including Tasmania Police, the Tasmania Fire Service, Ambulance Tasmania and the State Emergency Service, will be among eight agencies that will initially use TasGRN.

Tasmania Police currently use a digital-based trunk mobile radio network that dates back to the mid 1990s, while the Tasmania Fire Service and Ambulance Tasmania use a separate analogue-based VHF network.

Other agencies expected to use TasGRN when operational include the Department of Primary Industries, Parks, Water and Environment, TasNetworks, Hydro Tasmania and Sustainable Timber Tasmania.

Shelton said the new whole-of-government network would allow the emergency services agencies and other government organisations involved in management and the electricity industry to serve the Tasmanian community.

“Recent events both here, and in other Australian jurisdictions, have shown us how important it is to have fast and secure communications to respond to bushfires, floods, natural disasters, and other emergencies,” he said.

“The new TasGRN will give our emergency services and key government agencies an integrated radio network that is purpose-built for the needs of Tasmania. This delivers on past review recommendations, including the 2013 Tasmanian Bushfires Inquiry into the Dunalley bushfires.”

Telstra’s enterprise group executive Michael Ebeid said the TasGRN would be the largest single project ever carried out by Telstra in Tasmania and would transform the way agencies communicate.

“This will be a brand new public safety grade radio network that will be fit-for-purpose, meeting the demands of a modern Tasmania and the more than 10,000 employees and volunteers who’ll use it,” he said.

The three-year network build is expected to create up to 50 jobs, with an unknown number of positions to be drafted in to help run and oversee the network once it is up and running.