Telstra to boost its business in Aussie mining sector 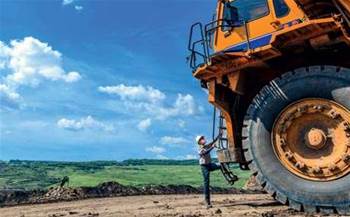 Telstra is making a play for the operational technology budgets of Australia’s miners with the creation of a new mining services division.

It will find some of the capability it needs for the new division from a partial acquisition of CBO Telecommunications, a mine networking specialist with operations in Queensland and Western Australia.

Telstra said it had bought the “network design and consulting services business of CBO Telecommunications” for an undisclosed sum.

It indicated it is particularly interested in CBO’s “deep expertise across wi-fi and mesh technologies and the design, build and maintenance of enterprise grade networks used in mine sites”.

Wi-fi and mesh networks are the telecommunications backbone of a range of high-profile capabilities now emerging on mine sites, such as automation. They have also traditionally powered functions like fleet management and dispatch in the mine area.

A Telstra spokesperson told iTnews “the current owners of CBO will retain [its] trailer and skid manufacturing business, of which Telstra will be the exclusive sales channel in Australia, PNG and the Pacific”.

CBO makes solar-powered trailers that can act as edge network hotspots or repeaters. It also makes skid-based telecommunications towers for use on remote sites.

"Our path to market for mining, oil and gas will be via Telstra, and other markets such as defence that we participate in will continue to be direct."

McGregor said the exclusive distribution arrangement is part of the deal with Telstra announced today.

Telstra said the money injected into its new division and CBO business represented a “strategic investment” for the telco.

“The decline in global commodity prices is largely driving a downturn in the resources sector and, as a consequence, sharpening the industry’s focus on reducing costs and maximising production,” Telstra global industries head David Keenan said.

“This downturn has created a once in a lifetime shift, where miners are looking to technology innovation to help them future proof their operations.