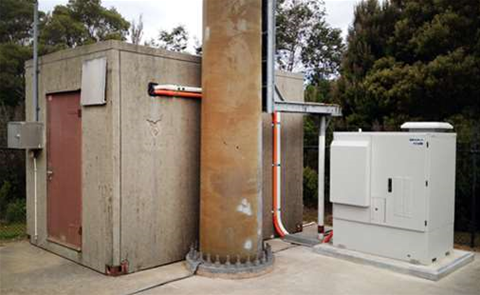 A fuel cell attached to a Telstra base station site. (Photo credit: Telstra)