Telstra to allow its payphones to receive calls 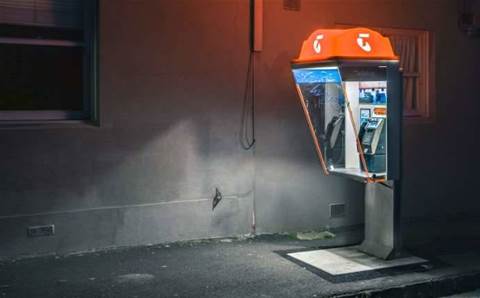 Telstra is set to allow publicly-accessible payphones to receive incoming calls under changes to the way the phones operate and are priced.

The telco provides 15,500 public payphones across Australia and is currently in the process of upgrading about 1800 of those to a newer design.

From this month, it cut the prices charged to use payphones as well as introduced the incoming call acceptance feature.

“For the first time nationwide, our publicly accessible payphones will be able to receive incoming telephone calls,” Telstra said.

“This will be of particular benefit to those communities where mobile phone usage isn’t as popular, allowing them to remain connected without a cost to them.”

A Telstra spokesperson told iTnews that a “Payphone How to Call Guide” next to the phones would display the number of the payphone.

The payphone user would still need to find a way to communicate that number to the person that they wanted to talk to.

They could do that by calling briefly or texting from the payphone, or by other means such as using a friend's or stranger's phone.

When the payphone number is called, the payphone will ring. If a person answers a ringing payphone they will not be charged, the spokesperson said. Both parties will hear a brief cuckoo tone on the line.

The telco said it no longer charges distance-based pricing for national calls from payphones, and instead charges a flat fee of 50 cents for untimed calls to standard fixed lines in Australia.

Calls to Australian mobiles have been cut from 50 cents per 35 seconds to 50 cents for 10 minutes.

Additional price changes mean that calls to 11 international countries can be placed for 50 cents per 10 minutes, with “reduced pricing and longer calls to a further 60 countries.”