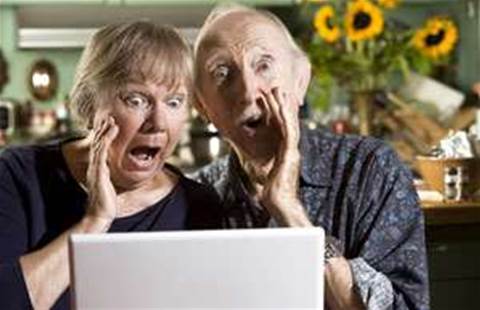 Telstra has added five international data roaming packs for mobile broadband use, including a gigabyte of data for $1800 while travelling in one of 25 supported countries.

The new plans are expected to minimise bill shock increasingly suffered by businesses and consumers through inadvertent data usage while overseas.

Heavy data users can purchase a gigabyte of data for $1800 in order to avoid what would otherwise be a $15,000 bill.

The telco currently charges 1.5c per kilobyte - or $15.36 per megabyte - for data roaming in popular countries.

The values are also available as plans for regular travellers.

iTnews has learned of companies contemplating a shift away from iPhones and towards more easily locked down smartphone fleets such as RIM's BlackBerry over concerns surrounding international data use.

Where data roaming packs were previously restricted to those on Telstra's newer, Siebel-based billing system, the revamped data plans will be available to the older system as well, where many of the telco's legacy business customers remain.

Even though the new pricing is likely to minimise the number of bills exceeding $15,000, it is expected to benefit Telstra.

Those who willingly take up the new data packs are less likely to dispute expensive bills after travelling overseas, reducing chances Telstra will bear "bad debt" from waiving disputed bills.

The company was saddled with between $70 million and $90 million of debt over the 2009-2010 financial year and had looked to simplify bills and communication in order to prevent "bill shock", which ultimately led to Telstra taking the financial hit.

Though the company noted a decrease in "bad and doubtful debts" over the past financial half-year, it did not clarify how much debt it currently held as a result of disputed or waived bills.