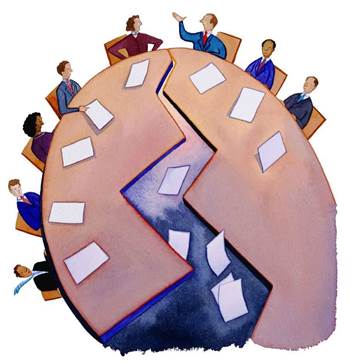 Conroy brands no challenge "a fail".

The Government has achieved passage of the Telstra split bill with Senate amendments in the lower house after the Opposition decided not to dispute a final vote.

The passing of the bill capped a morning of failed attempts by the Coalition to delay the vote by seeking a suspension of standing orders and introducing new sections to the bill to force a cost-benefit analysis on the NBN.

Both were turned down in divisions – where members were separated on either side of the chamber to vote on the motions.

However, the Coalition did not call a division for the final vote - allowing the Telstra split bill to pass its final hurdle before parliament broke up for the summer.

"They weren't real fair dinkum, were they?" he shot back across the chamber after the surprisingly quiet vote. "No division."

Albanese continued the attack at a media conference a short time ago, flanked by the Prime Minister Julia Gillard and Communications Minister Stephen Conroy.

“Today we saw the parliament resumed in the House of Representatices quite simply at a great cost to the taxpayer so Tony Abbott could rant and rave,” Albanese said.

“It’s extraordinary there was no vote. We saw days of delay, prevarication and blocking in both houses of parliament but when it came to the crunch, the Opposition didn’t vote against it.

Albanese claimed the Coalition’s stance had seen the party alienate itself from the independents.

Gillard said Abbott was “negative, bitter and [that] his side of politics was in a shambles”.

Conroy said that the opposition had gone “missing”.

“It’s some disappointment they decided to go down the wrecking path,” he said.

Conroy also claimed that a lot of Liberal Party members privately supported the break-up of Telstra, despite the Coalition’s public stance.

“He [Turnbull] had the chance to put his money where his mouth was [today and challenge the final vote of the Telstra bill],” Conroy said.

“It was a fail, an absolute fail.”

Gillard said 2011 would be “a year of delivery” for Labor, including on the NBN.

Coalition communications spokesman Malcolm Turnbull had sought to bring a fresh set of amendments to the bill which, if agreed to, would have delayed its passing.

Albanese consistently called into question the relevance of the Coalition's amendments.

After the first round of amendments were rejected, subsequent rounds were ruled irrelevant and were not allowed to be debated.

However, Turnbull managed to avoid a gag motion brought by independent MP Andrew Wilkie, allowing him to finish his criticism of the NBN before the final vote on the Telstra split bill.