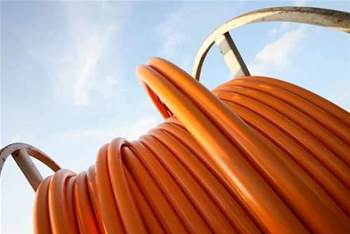 A spokesman for the telco told iTnews that although a contract with NBN Co was yet to be finalised, the company "hoped to be involved" in the NBN build process.

"We're certainly pleased to be involved in the negotiations," the spokesman said.

"It gives us the chance to demonstrate our credentials in network design and construction and the expertise of our staff in this area."

Brunswick is one of five first release sites selected by NBN Co for its mainland Australian fibre network.

Any deal brokered with Telstra would see NBN fibre drawn through Telstra's existing underground duct and pipe infrastructure in the suburb.

Access to Telstra's pits and pipes at a national level is a key component of an $11 billion agreement that NBN Co is still pursuing with the carrier.

Telstra's spokesman told iTnews that results from a copper-to-fibre network trial the telco is running in the Melbourne suburb of Point Cook would assist should it win the project in Brunswick.

"We've learned some lessons [in Point Cook] and we could now apply those to Brunswick," the spokesman said.

Should Telstra pick up Brunswick, each site will be serviced by a separate builder.

"The selection of a mix of construction contractors and power utilities will further allow NBN Co to evaluate the suitability of different contractor and construction models," NBN Co said in a statement.

Silcar will take care of Armidale in NSW, Transfield Services won Minnamurra/Kiama Downs in NSW, ETSA Utilities will roll out fibre to the South Australian town of Willunga and Ergon Energy has won the Townsville component of the network.

Two of the companies - Silcar and Transfield - have also previously won network design services contracts with NBN Co. Today's announcements mean Transfield will have designed and constructed the network in Minnamurra and Kiama Downs.

Construction is planned to begin in the second half of the year, NBN Co said.

The contracts awarded today cover only the parts of the first five sites that were announced back in March. Extensions into adjacent areas announced last week were understood to not be included in this phase of construction.