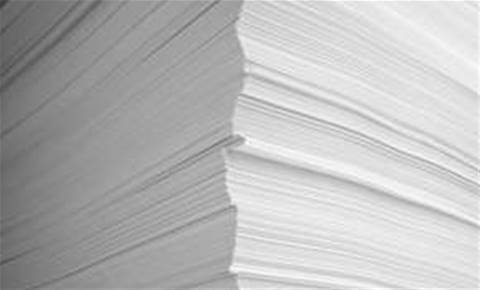 The Competitive Carriers' Coalition has welcomed a snap inquiry into wholesale ADSL by Australia's competition regulator as a move to "reinstate telecommunications regulation".

The inquiry, expected for completion next month, precedes the watchdog's final decision on the undertaking, contributing to delays in the finalisation of Telstra's $11 billion deal with NBN Co and the Federal Government.

Consultation on possible declaration of the service marks an about-turn for the commission which, as late as April this year, has refused to declare wholesale ADSL services, despite numerous consultations on the issue.

Telstra committed in its initial undertaking to provide an equal-access rate card to ADSL ports on its copper network, which would replace individually negotiated deals between the incumbent and resellers.

The telco revealed plans to charge a reference price of $31 a month excluding GST for metropolitan ports on its off-net wholesale ADSL2+ product and $38 a month for ports in outer metropolitan and regional areas.

In addition, leasing Telstra backhaul to a point of presence in a nearby capital city (known as the aggregated virtual circuit or AGVC) would be charged at $65 a megabit - three times the planned cost of similar connectivity to be offered by NBN Co.

The prices were viewed as being no better than those currently available.

In a discussion paper [pdf] released this morning, the ACCC pointed to three competition notices handed to Telstra over increases in its wholesale ADSL pricing over the past decade.

Despite resolution of these notices, the ACCC acknowledged Telstra's price squeeze had continued, leading competitors to lodge complaints last year.

"It appears clear that Telstra has retained a dominant position in the supply of retail and wholesale DSL services," the commission noted.

The commission said it would explore ADSL competition in Australia and its likely path in future.

It would also look to consult on the whether the revised structural separation undertaking from Telstra would be sufficient in addressing competitive concerns.

The telco included provisions to nullify some clauses of its undertaking should the watchdog declare the wholesale ADSL service, including retail competitors received the same DSL upgrades and pricing as Telstra's own retail arm, without ACCC intervention.

The coalition of Telstra competitors, including Internode and Macquarie Telecom, pushed for the inquiry to rectify "serious anomalies in the regulatory landscape".

"They have created regulatory gaps that Telstra was able to exploit to the serious disadvantage of competitors seeking to provide choice to consumers," a coalition spokesman said.

"The ACCC has been forced to be reactive in dealing with these issues, rather than being empowered to step in and set the prices and conditions under which Telstra sells wholesale DSL services.

"The Commission, under new chairman Rod Sims, has clearly seen the flaws in the previous decision and acted to protect consumers."

The ACCC will consult on the inquiry until January 19.