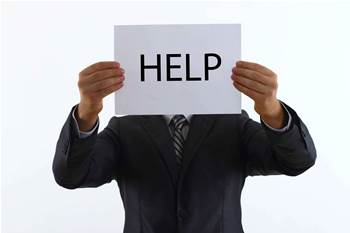 Australia's biggest telco given another 18 months to comply.

Telstra has revealed the Attorney-General's Department approved the telco's request for an extension to the compliance deadline for its data retention obligations.

Australia's telecommunications and carriage service providers were by today required to comply with new data retention obligations - and store the non-content data of all customers for two years - or risk penalties.

However, a survey by telco industry body the Communications Alliance revealed most of its surveyed members did not meet today's compliance deadline.

A large percentage of ISPs that had submitted a request for an extension - a so-called data retention implementation plan (DRIP) outlining plans for future adherence - complained they hadn't yet heard back from the AGD on whether their request had been approved.

The maximum extension allowed is 18 months, giving successful applications until April 12 2017 to comply.

But as many as 76 percent of those that said they'd asked for an extension claimed to have had no response from the department on the status of the request.

The AGD has refused to detail how many providers were compliant as of the scheme's first day of operation.

It similarly refused to detail how many have been granted extensions or exemptions.

However, Telstra chair Catherine Livingstone today revealed Telstra had submitted a DRIP and had its plan approved by the Attorney-General's Department.

She said she believed Telstra was "one of the few" to have successfully had their extension plan approved.

Head of peak internet user organisation Internet Australia, Laurie Patton, said if Australia's biggest telco was unable to comply with its data retention obligations by the deadline, smaller companies had no hope.

"Telstra was one of the few industry organisations that was consulted by the government when they were drafting this flawed legislation," he said.

"Telstra could put 20 people in a room for three months to work on this and nobody would notice they'd gone. Whereas small ISPs don't have the resources to undertake the complex task of compiling an implementation plan.

"If Telstra is finding it difficult, think about the position of a small ISP with limited staff who is already flat out servicing its existing customers."

One owner of a regional ISP today told AM radio his data retention plan had reached 400 pages, but was nowhere near finished.

He said the process was eating into his business' profitabiliy.

"The amount of time we're spending on it is so high that it's becoming an unviable thing to continue on. We have to look after our customers and keep working," the ISP owner told AM.

Communications Alliance CEO John Stanton said it was "no surprise" many service providers wouldn't be compliant by the due date.

"Many of these ... are still waiting to hear from government as to whether their implementation place have been approved," Stanton said.