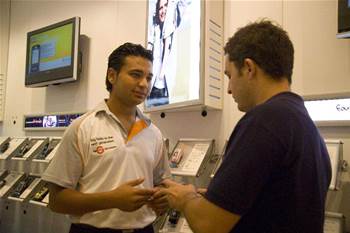 Telstra has responded to reports of "stranded customers" made by anonymous dealers to The Australian, saying that its new billing platform is "on track".

Yesterday The Australian reported that errors have plagued Telstra's new customer billing platform, with customers stranded without access and thousands of dollars lost because of the new system.

Siebel is reportedly failing in 95 per cent of cases where users are upgraded to the new system. These customers must have their accounts manually processed, a Telstra dealer told The Australian.

"So far we have found that if a customer's details have been migrated to Siebel, chances are they cannot leave the store with their upgraded contract on their first visit," the dealer said.

"In the meantime the customer is in limbo and can't be upgraded.

"When we finally get the customer unstuck from the system and entered properly, we find that the sale hasn't been credited to the Telstra dealer," the dealer said.

Customers have been stranded while they wait for Telstra to manually process their accounts. Dealers reported to The Australian that some of their customers were without mobile phone service for almost two months.

These errors are affecting revenue rates for Telstra resellers.

Telstra said that teething problems were normal and that the program was going well.

"As we have reiterated number of times this is an expansive, complex program and inevitably we are changing the way our Front of House staff and dealers access the information to better serve customers," a Telstra spokesperson told iTnews.

"This necessitates changes in processes and behaviours and these changes do take some time to become routine, however we can assure you that our program is on track."