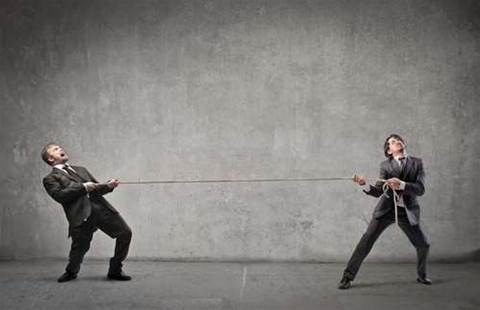 'Pull through' option punches above its importance?

Telstra has sought to upend what it sees as increasingly irrelevant discussion about the 'pull through' copper-to-fibre migration technique.

The process is used to bring NBN cabling up from the street to homes in certain circumstances.

The incumbent has laid out a table of objections to submissions made by other telcos and ISPs, noting many were asking for things that are simply outside the scope of Telstra's obligations — and therefore of the consultation by the Australian Competition and Consumer Commission (ACCC).

Though it is intended as a 'last resort' method of bringing NBN fibre up from the street to the side of houses, 'pull through' has emerged as a contentious regulatory issue for the migration of copper customers to the NBN.

Under 'pull through', NBN fibre is tied to the old copper lead-in and yanked up to the house.

It could become important if NBN contractors put off too many final connections during the main rollout in a bid to make up lost ground and hasten the network rollout. An RMIT senior lecturer raised such fears yesterday as NBN Co revealed a delay in hitting its June rollout numbers.

'Pull through' is not available to NBN contractors in the main rollout; it is only to be used if the street-to-home connection is deemed too difficult by contractors first time around, and they skip it until later.

But it may not ever be required as the contractor might simply choose to dig in a new conduit or to make the final connection from the street using aerial cabling.

Telstra's main obligation is to ensure nothing stands in the way of NBN Co or its contractors if they want to try to connect a home using the 'pull through' method.

So one of the contentious issues is that Telstra wants to obtain a "global consent" from ISPs to allow 'pull through' to occur on any resold copper line.

The consent would allow Telstra to quickly approve requests from NBN Co or its contractors.

ISPs such as AAPT have sought carve-outs to the global consent. AAPT says it should not have to aggregate consent on behalf of its own wholesale customers, to whom it resupplies Telstra copper services on a sub-wholesale basis.

However, Telstra argues that any such exemption would undermine the whole consent arrangement.

"The coherence and efficiency of the global consent process breaks down if resuppliers of wholesale customers could carve themselves out of global consent given by the [Telstra Wholesale] customer," Telstra argued. (pdf)

Arguments about getting individual end-user consent for 'pull through' to be used were outside the bounds of Telstra's obligations, the incumbent argued. It was NBN Co's prerogative, and had to be negotiated elsewhere.

Telstra also addressed a swathe of concerns about how ISPs would be notified if 'pull through' resulted in an extended outage of the old copper service — thus leaving the end customer without a serviceable fixed line.

Telstra said that breakage information would flow to the Linx Online System (LOLS), that Telstra Wholesale customers get access to, so ISPs would be kept abreast of any problems.

'Pull through' is detailed in one of six "required measures" for various disconnection and migration processes that Telstra must get regulatory approval for.

The ACCC has already asked Telstra to redraft four of the six measures after feedback from the industry.