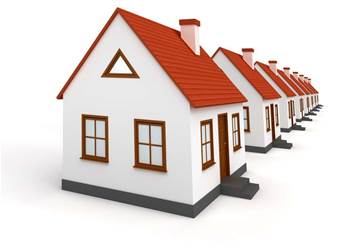 Complains of lock-out in some estates.

Telstra has confirmed that opening wholesale access to its Velocity fibre network in new housing estates was "an option going forward".

But the carrier said it would only happen if the rest of the industry committed to the same open access arrangements, Telstra's executive director of network and technology Michael Lawrey suggested to a gathering in Sydney today.

Speculation is rife that the telco is already in discussions to open up its Velocity infrastructure, which is closed to service providers other than Telstra.

Customers had complained that they were unaware of the service lock-in to Telstra when they purchased homes in the estates.

"Right now we don't have open access but it's certainly something that's an option going forward," Lawrey said.

Lawrey also responded to claims that Telstra had not sought access to third-party fibre in greenfields estates.

"Theoretically we can [buy capacity on third-party networks like Opticomm and OPENetworks] but in practice it's not as easy as it might seem," Lawrey said.

"All is not what it might seem and we need to work through that."

He declined to substantiate the claim with an example of where Telstra had met with resistance when attempting to gain access to an open access fibre network built by a third-party.

But he suggested Telstra would open up its Velocity network if the rest of the industry entered similar arrangements that standardised access terms to the infrastructure.

"We need to look at how equivalence is made available across the board, and it has to go both ways," he said.

"It's not a case of Telstra versus everyone else."

Lawrey made the comments at a briefing on Telstra's core Next IP network, which the telco said today was "about 90 percent complete".

"We've still got some work to do this year," said Telstra's group managing director for networks and services Michael Rocca.

The $1.5 billion core revamp was expected to support Telstra's product portfolio for around 20 years. It included kit and services from Alcatel-Lucent, Cisco, Juniper and Tellabs.

The telco said that since the IP transformation began, it had migrated two million services over 4,572 DSLAMs from the older circuit-switched nework to the Next IP network.

It also described as "constructive" discussions with the Government over the National Broadband Network.

But it declined to speculate on whether it expected the NBN would seek connection to Telstra's Next IP network or whether the Government would build its own IP/multiprotocol label switching core in competition with Telstra's network.

"We just don't know what this whole NBN thing is going to look like," Rocca said.

"But we're really supportive of the Government's vision and we're committed to engaging in a constructive relationship with the Government. We want to find a solution that's best for Australians, our customers and our shareholders."