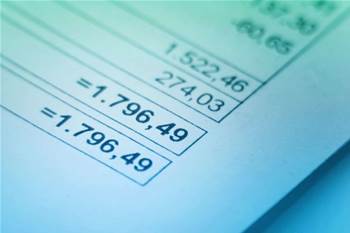 Australia's largest telco Telstra has made its case for a 7.2 percent hike in wholesale charges across its fixed-line services, arguing that its costs will rise as a result of the churn of users off its network and onto the NBN.

In a submission [pdf] to the Australian Competition and Consumer Commission's inquiry into pricing for the declared fixed line services, Telstra claimed that although some of its fixed line costs could be cut as uptake of the NBN accelerates and more users are switched off copper, the decline in costs would not match the decline in demand.

“The transition to the NBN will significantly accelerate the decline in demand for fixed line network services and impact on the cost of operating our network," the telco argued.

"As most of Telstra’s network costs are fixed, it is inevitable that if the number of people who use the network declined the cost per user would rise.

"... [this] will mean that current regulated fixed line service prices will have to increase – in nominal terms – to provide Telstra with a reasonable opportunity to recover its costs over the regulatory period."

The 7.2 percent increase would deliver "real price stability" over the next four years, Telstra said.

But rival telco Optus rebuked Telstra's argument and implored the ACCC to take into account the payments Telstra receives to migrate users off copper and onto the NBN when setting fixed-line prices.

In its own submission [pdf], Optus stated that many of Telstra's assets that the telco uses to provide retail and wholesale services are also accessed - and paid for - by NBN Co, meaning a "very real risk" that Telstra could be overcompensated for the provision of fixed-line services.

Optus rejected Telstra's argument that decline in demand would not be equal to the decline in costs, arguing that the drivers of the demand decline were largely within Telstra's control.

It asked the ACCC to err towards lower access prices in order to "improve competition in the fixed line market" and to ensure lower end user prices in the transition to the NBN.

The Department of Communications backed Telstra's argument that NBN Co payments for access to Telstra infrastructure were "irrelevant" to determining Telstra's costs and setting wholesale prices.

“Payments by NBN Co to Telstra are generally irrelevant to the ACCC’s determination of [fixed line service] FLS access prices because the costs these payments relate to are not included in the cost of FLSs provided by Telstra.

- Department of Communications submission to the ACCC

The department did not directly support Telstra's push for a 7.2 percent price increase, but warned of "unintended consequences" if pricing was unstable, as well as the dangers of setting prices too low.

“Price differentials that favour legacy networks could delay migration, and mislead consumers about the prices they should expect to pay for broadband going forward... retail providers may also be encouraged to attempt to delay the transition with a view to seeking higher margins by using the legacy network."

The ACCC opened consultation on its method for setting the primary prices included in the final access determinations (FADs) for the seven declared fixed line services earlier this year.