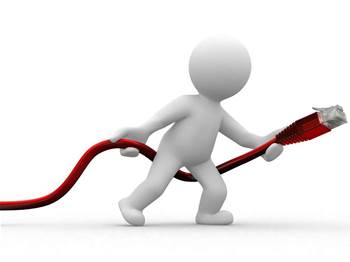 Puts ‘fibre-ready' offer on table instead.

Telstra has offered to continue digging pits and pipes in new housing estates despite its decision to stop rolling out copper phone lines ahead of a Federal Government mandate on optical fibre deployment.

Developers would no longer be able to contract Telstra to deploy copper infrastructure for free in their estates.

They would instead contract Telstra or a network builder such as Opticomm, OPENetworks, Pivit or Comverge to deploy fibre in the estate at a cost of about $2500 a lot.

Or they could appeal to the Government for an exemption that enabled them to deploy fibre-ready infrastructure only.

But that would leave residents to rely on wireless networks for phone and internet services until the NBN rolled into their estates.

Telstra's fibre-ready pits-and-pipes offer was open to any housing developer that was yet to award a fibre-deployment contract to Telstra or its rivals.

Developers that took up Telstra's offer to allow it to deploy Velocity fibre in the estate would potentially be charged for fibre deployment.

"If the developer chooses to go with another [fibre-to-the-home] provider then they will pay Telstra for access to the pits and pipes via the existing access regime," a Telstra spokesman told iTnews.

"Even if we don't get the go-ahead for a fibre install - we will still put in pipes and pits so the estates are ready.

"There is no obligation [on the part of Telstra to dig the pits and pipes] but we have committed to do it."

He said Telstra would also finish rolling out copper networks in estates where it had already "commenced or committed to" install it.