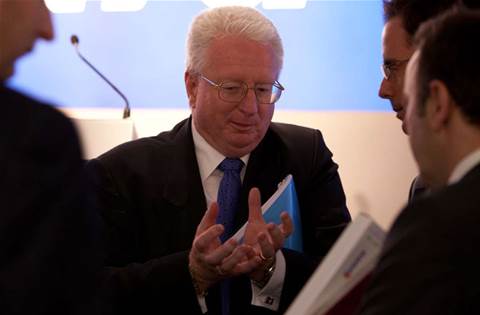 Telstra shareholders have voted overwhelmingly in favour of the company's $11 billion deal with NBN Co and the Federal Government, after 99.09 percent of proxy voters supported the transaction.

A total of 6.34 billion proxy votes supported the decision, representing 50.96 percent of the total volume of shares in Telstra.

A quorum of Telstra shareholders at the telco's annual general meeting later contributed to the vote today, for a total of 99.45 percent in approval.

However, with proxy votes submitted and counted prior to the beginning of the meeting, the decision had already been sealed this morning.

Shareholders approved the deal, unanimously supported by Telstra's board, despite concerns from several vocal participants at the AGM that the deal was a "gun to Telstra's head".

The vote allows the deal to go ahead, providing for Telstra to decommission its copper network in National Broadband Network fibre-serving areas over the next ten years and migrate fixed-line broadband and voice customers across to the NBN network.

The telco has agreed to structurally separate over the course of the deal.

A $5 billion portion of the deal will allow NBN Co to lease Telstra infrastructure including ducts, exchanges and dark fibre over more than 30 years.

The deal overall is expected to provide $11 billion in net present value to Telstra but the real economic benefit to both sides has remained secretive.

Telstra used its annual general meeting to drum the benefits of the deal as providing a better financial outcome, more stable regulatory environment and greater strategic flexibility over alternatives to the telco.

Among other benefits, the deal allowed Telstra to participate in an auction of spectrum it plans to use for its Long Term Evolution upgrade to the NextG network.

It also avoids need for a functional separation, which chairman Catherine Livingstone said would add $1 billion to its costs and extra distraction for management.

The 2000-page deal, deliberation over which had delayed rollout of the network in second release sites, includes a $500 million exit fee should the NBN be cancelled after more than 20 percent of the rollout is complete.

Telstra CFO John Stanhope said the telco did not expect that to be the case should the coalition win Government at a vote in 2013.

"It is clear from this interim result on the resolution that, given the alternatives facing their company, both institutional and retail shareholders are supportive of our involvement in the NBN," Livingstone said.

Despite approval by shareholders, Telstra's initial structural separation undertaking to the Australian Competition and Consumer Commission (ACCC) is likely to undergo revision in coming weeks as it was deemed by the competition watchdog as failing to meet legislative standards.

Stanhope said any "material change" to the NBN deal value caused by further revisions of the undertaking would be put to a second shareholder vote in future.

He would not place a financial figure on what changes would be deemed material by Telstra.

"I would remind you that the ACCC chairman, Rod Sims, has commented that he thinks the issues with the SSU are not insurmountable," he said.

"We too believe the issues can be resolved in a way consistent with our principle of protecting shareholder value."

He said that the NBN deal meant Telstra would retain control of its infrastructure including its copper network, despite it being decommissioned over the course of the agreement.

Part of Telstra's financial forecasts still hinge on continuing revenue from the copper network in areas where NBN fibre is not being rolled out.

"It's a very important reason that we have decided and insisted upon keeping our assets," he said.

"Even when it is decommissioned down the streets we still own that copper."

Telco executives and legal experts have criticised the provision as a key failing of the deal and likely to cause the Federal Government and NBN Co significant headaches in future.

The value of the copper network over the course of the next decade is expected to reach zero, Stanhope said.