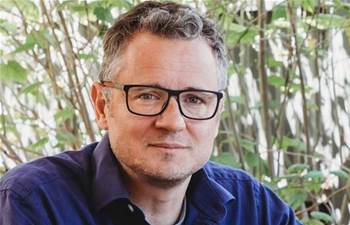 Telstra said in a statement to the Australian Securities Exchange today that Ackland would replace current CFO Vicki Brady, who was nominated last month as successor to CEO of seven years Andrew Penn, on his departure in September.

“Telstra will now commence an internal and external recruitment process for the role of group executive consumer and small business,” the telco said.

Brady said that she was pleased to announce Ackland’s promotion, given his strong financial and commercial acumen as well as his deep strategic and operational knowledge of the Telstra business.

“I was thrilled that we were able to appoint an internal candidate to the role — Michael has exceptional credentials and is well placed to continue to drive Telstra’s financial outlook and success.

“He has strong telecommunications experience and his combination of skills will benefit the CFO role greatly. I look forward to partnering with Michael from 1 September.”

Penn said he was delighted with Brady's appointment of Ackland after his successful leadership of Telstra’s consumer and small business group through one of its most challenging periods.

“His part in the transformation was also delivered while we were managing significant Covid impacts for our customers and our people.

“Michael’s appointment to the CFO role also reinforces the strength of our internal talent and I look forward to continuing to work closely with him as we close out T22.”

Ackland was first hired by Telstra in 2016 as its executive director of Country Wide, before being promoted to executive of sales and service in 2017 and group executive of consumer and small business in 2018.

Before Telstra, Ackland was General Electric’s ANZ productivity leader for GE Capital from 2004. He was promoted to credit card operations leader in Australia in 2005, ANZ chief operating officer in 2008 then General Electric’s ANZ vice president of strategy and growth in 2011, and then ANZ CEO of GE Healthcare in 2012.