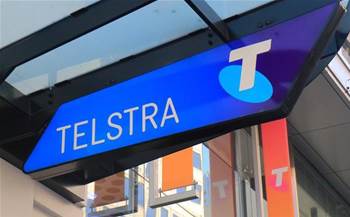 Telstra said it is starting to see benefits from two years of “hard transformational work”, saying it has reached “a turning point in [its] financial trajectory”, with several key milestones met.

The telco reported an 11.6 percent reduction in total income to $23.1 billion and a net profit after tax of $1.9 billion for FY21, the latter a 3.4 percent increase on the $1.8 billion profit it booked the previous year.

“We delivered results in line with guidance and we are seeing the focus and discipline on T22 pay off.”

Penn said that the telco had set itself “big ambitions” under its four-year T22 transformation, and that it has “achieved what [it] said [it] would deliver.”

“We have done the hard transformational work and built the capabilities to take advantage of the opportunities ahead. Telstra is fundamentally a different organisation,” Penn said.

He said Telstra had either completed or is on track to deliver “around 80 percent of its T22 scorecard metrics”, with still a year of the program to run.

Some of the achieved metrics included the targeted reductions in inbound call volumes as well as staff numbers.

On call volumes, Penn said Telstra’s aspiration “had been to reduce the number of calls to our contact centres by two thirds by FY22.”

“With the acceleration to digital we achieved this aspiration more than a year before the end of the program,” he said.

“That means that over time we will need smaller contact centres for these customers and more staff can work from home.

“We are on track to have all inbound calls from our consumer and small business customers answered in Australia by June next year.”

The telco had also aimed for a “net reduction of 8000 employees and contractors” under T22.

The exact number of roles being cut was never clear as Telstra simultaneously hired staff into growth areas like cyber security.

Of the reductions, Telstra said today that it “reduced around 8300 net full-time roles, meeting its T22 commitment one year early, while also reducing 17,400 indirect roles and removing on average more than four management layers.”

It also wound up recruiting “more than the planned 1500 new roles to build capabilities required for the future, including in software engineering and information and cyber security,” it said in financial filings.

Penn lauded the telco’s efforts in “staying absolutely disciplined and focused on delivering what we said we would” under T22.

“Three years into what has been one of the largest and most ambitious telco transformations globally, we are now a vastly different company,” he said.

The telco said it would outline “what comes after T22” at an investor day event mid next month.

Penn said that T22 would ensure that Teltra’s “underlying business will return to full-year growth in FY22.”

“We have confidence because we see strong performance in our mobile business, continued discipline on our cost reduction target, green shoots in some of our growth businesses and a diminishing impact from the NBN,” he said.