Telstra profit jumps to $1.9 billion as PSTN hangs on 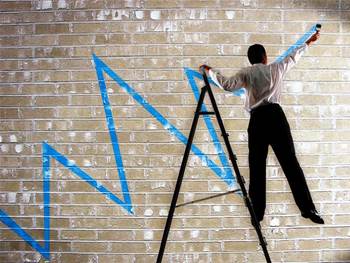 Telstra has reported a 13 percent increase to $1.9 billion in its half-year profit report, attributing the gain to rising sales of high-speed Internet services which offset lower revenue from its fixed-line business.

Telstra CEO, Sol Trujillo attributed a large proportion of the growth to market share gains in both the broadband and post-paid mobile market and to growth in its PSTN business.

The growth in PSTN revenue comes as a surprise to analysts who expected nascent technologies like Naked DSL and IP telephony to disrupt Telstra’s traditional fixed-line revenues.

Gartner principal analyst for telecommunications, Bjarne Munch, agreed that Telstra’s PSTN growth was the most surprising element of the financial results, but warned that unless the telco looked to medium and long-term solutions, the profitability of its fixed-line business would degrade.

“I was surprised by the positivity of some of the results and it was very interesting that Telstra was able to use broadband to offset the PSTN decline, but how long that lasts remains to be seen,” Munch said. “It’s only now that we are seeing significant growth in ULL which will be very disruptive to Telstra’s PSTN revenue in the future.”

Regardless of analyst forecasts and expectations, Trujillo was jubilant with the results.

"We have again exceeded analyst consensus, delivering not only strong top-line revenue growth but also accelerating earnings at the bottom-line. Our transformation is revitalising every aspect of the business and we now rank at or near the top of our global peer group on many key financial performance measures,” he said.

Despite the expense increases, the strong profit results will go a long way to help justify Trujillo's spending boost on new technology such as its $1.1 billion Next G network.

"As we foreshadowed at our Investor Day, operating expenses are expected to increase this year as the costs of the IT component of our transformation peak, before starting to decline as we turn off our legacy systems and network platforms. Earnings and free cash flow will continue to improve," Trujillo said.

But even the Next G investment has started to pay off. Just last week at GSMA Mobile World Congress in Barcelona, Trujillo explained that fast user adoption for it Next G network helped revenue from high-speed connections exceed sales of older services for the first time.
Got a news tip for our journalists? Share it with us anonymously here.