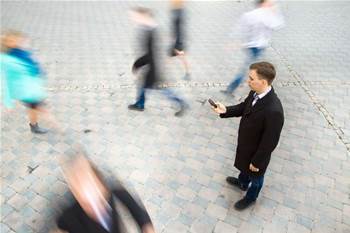 Telstra has put pressure on one of its last standing mobile retail partners to cut its monthly data allowances in a move analysts say is designed to control competition and encourage customers onto Telstra's 4G network.

One of two remaining Telstra 3G mobile resellers, Boost Mobile, yesterday announced it had been forced to cut its monthly data allowance for its $40 plan from 3GB to 2GB from mid next month.

“It's with regret we have to announce that from 18 Feb we have to reduce the data allowance on our $40 offer down to 2GB,” Boost said in a statement.

“Fortunately, the majority of customers on this offer use less than 2GB per month and won't be affected.”

In comments on its Facebook page, a Boost spokesperson said the changes were “unfortunate” and the reseller “couldn’t win all its battles”.

“We aren't ecstatic about the changes either,” the spokesperson said.

Boost will offer new add-on packs for bonus data allowances for any users requiring extra data, ranging in value from $5 to $25 for 250MB to 1.5GB, and lasting from 5 to 15 days.

Telstra said pricing decisions for Boost Mobile were made and agreed to by both companies.

“The change to the $40 UNLTD plan was made to closer align customer usage profiles, with the majority of customers who purchase the $40 UNLTD recharge using less than 2GB of data over the 30 day period,” a Telstra spokesperson said.

“We have also introduced new data top up packs from as a low as $5 for those customers who might need more data.”

Boost Mobile offers services based on Telstra’s 3G network. Telstra does not provide wholesale access to its 4G network.

“Although only getting 3G speeds, Boost Mobile subcribers are currently getting a pretty sweet deal with unlimited voice and SMS plus 3GB of data for just $40 per month - maybe Telstra figured the deal was actually a bit too sweet,” Brown said.

"Telstra is still charging $80 month for its own 2GB plan on 3G/4G so there is still a substantial price difference between the two offers.”

Telco analyst Paul Budde said the move was an attempt by Telstra to control competition and ensure more customers moved across to the telco’s own 4G offerings.

“What they typically accept is a particular percentage of customers are allowed to go to their partner, but if the partner becomes too successful they will simply increase the wholesale price, making it more difficult for the partner to compete,” Budde said.

“Telstra is a very captive market. Customers are more likely to stay with the service provider they have when moving from 3G to 4G, so if Telstra can capture more 3G customers they are in a prime position to move them to 4G.

"It’s easier to move customers upwards than pinch them away from competitors.”

Changing the wholesale price for partners was a “marketing activity” for Telstra, Budde said, by which it could manipulate the amount of 3G data available to customers in order to create a need for them to move to 4G.

“You start creating a more interesting financial proposition for customers to start moving to 4G, particularly those who are using lots of data.

"The majority of people still don’t use that enormous amount of data, but some of them are very high users, and that’s the sort of user you want to move to 4G.”

Fellow Telstra reseller Aldi Mobile late last year halved its monthly data allowance on its unlimited prepaid plan — from 5GB to 2.5GB — after it was forced to renegotiated a wholesale agreement with Telstra following the collapse of its wholesale provider ispONE.

ispONE went under after failing to accurately forecast costs and take-up for its wholesale pre-paid plans, rendering it unable to pay its bills to Telstra.

Similarly, until late last year, Kogan Mobile had been Telstra’s third and final 3G reseller — also via ispONE — but was forced to pull out of the market following legal battles with Telstra and ispONE over unpaid bills and pricing rates.

Kogan Mobile had been purchasing a 6GB data unlimited plan from ispONE on a per user basis. Following ispONE’s demise, Telstra declined to enter a direct partnership with Kogan Mobile.