Telstra pleads its case with independents 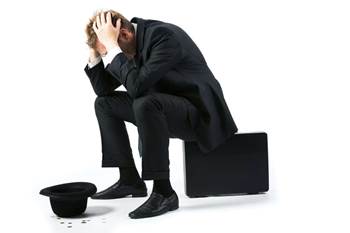 Executives from Telstra met with Senators Nick Xenophon and Steven Fielding yesterday in an attempt to convince the two independents to swing their crucial votes to the Coalition on a bill aimed at forcing the structural or functional separation of Telstra.

The Coalition - which remains fractured on legislation such as climate change - has today officially united behind a plan by Shadow Communications Minister Nick Minchin to block the Government's Telecommunications Legislation Amendment (Competition and Consumer Safeguards) Bill.

The Bill, announced by Senator Stephen Conroy in September, threatens to deny Telstra access to future mobile spectrum for 4G services unless it splits its wholesale and retail assets or sells off its investments in HFC Cable or Pay-TV operator Foxtel.

Senator Minchin today gained an official endorsement from both the Shadow Cabinet and the party room to take a united stance that promotes deferring the legislation until after the implementation study into the NBN is finalised.

Minchin released a statement saying that "starving Telstra of mobile broadband spectrum amounts to an abuse of Government power against a company" that operates a mobile network "in a highly competitive market."

Coalition members have expressed "outrage" at the legislation, describing it as an attack on shareholders - of Telstra or otherwise.

While not opposed to "sensible reform" of the current access regime, the Coalition has joined Telstra in seeking more time to propose amendments to Conroy's legislation.

"We remain fundamentally opposed to what amounts to a blatant attack on the shareholders of a publicly listed Australian company," Senator Minchin said.

Senators Xenophon and Fielding separately met with Telstra yesterday to hear the incumbent carrier's pleas for a delay in passing the legislation, but both separately also met Optus today to hear advocates for the opposite position.

A spokesperson for Senator Xenophon told iTnews that the Senator is "broadly supportive" of a Telstra split but is equally aware of Telstra's need for more time. He plans to meet Senator Conroy shortly in an effort to form a position on the matter.

Fielding, meanwhile, will not state his position on the legislation until he has read all the transcripts from the Senate inquiry and a report prepared by the Senate.