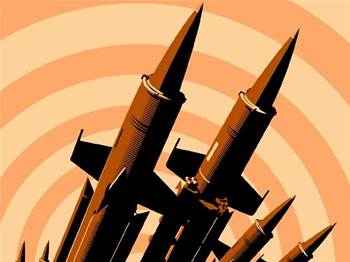 It seems Telstra is less concerned with Labor’s decision to delay the end of the CDMA network and more worried about the disclosure of 'secret documents' used by the former Government in its decision to award $958 million to OPEL, prior to the last election.

The funding was granted to OPEL under 'Broadband Connect', a program originally designed to extend broadband access to areas that did not have it.

The telco giant said it would continue legal action to force the disclosure of secret documents used by the former Government to justify its gift of $958 million of taxpayers' money and would also write to the new Minister, Senator Stephen Conroy, asking him to shortcut the court action by voluntarily releasing the 'secret documents' that it claims may explain the grant.

According to Telstra: "the funding was secretly increased to $958 million and earmarked to duplicate - not supplement - existing broadband services provided by Telstra and others".

Dr Phil Burgess, group managing director, Public Policy & Communications, said Telstra's shareholders deserved to know how a commercial rival was given such a large taxpayer-subsidised benefit despite the existence of a competitive market in mobiles.

Telstra commenced the proceedings in August 2007 against then Minister, Senator the Hon Helen Coonan, and appealed against the Court's decision to allow the documents to be kept secret. The appeal has now continued with Conroy as the new respondent.

The move comes exactly seven months since the announcement by the then Government that it would fund the OPEL wireless broadband network for regional Australia.

However independent telecommunications analyst, Paul Budde said the reality of the situation was that Telstra was also invited into the whole exercise in March 2006 to build a wholesale backbone network, however it refused to participate.

"Telstra thought it was so powerful that the Government would give them the money. However the government went ahead with its plans and Telstra lost out, so then it started to look at possibilities to undermine government," he said.

According to Budde, Telstra has figured out a weak point in the previous government's Opel funding, because there were a lot of suggestions of back room dealings.

"However last year a court indicated that then Minister, Senator Coonan did not do anything wrong, but when Telstra smells an opportunity to undermine competition it used to do so," Budde said.

If the OPEL network were ever built it would represent a network that is already vastly superseded in size, features and speed by Telstra's NextG network, said Budde.
Got a news tip for our journalists? Share it with us anonymously here.