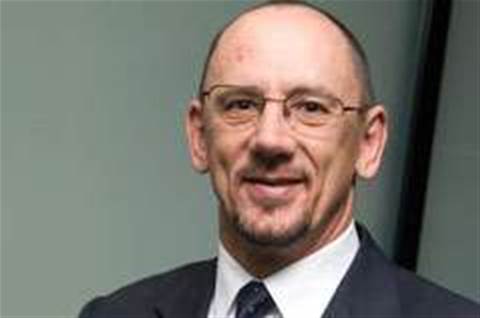 The Federal Government has very few remaining viable options left to meet its requirements for a national broadband network, according to Telstra's head of public policy, David Quilty.

As the Department of Broadband, Communications and the Digital Economy prepares to finally release information about the NBN bid in the coming weeks, Quilty handed out bound advisory reports to Senators at a public hearing of the Senate Select Committee in Sydney yesterday.

The Senators, expecting a speech, were slightly taken aback as Quilty's staff instead handed out neatly bound reports advising the Government of its remaining options.

Thumbing through the report, Nationals Senator Fiona Nash feigned to be impressed.

"One can only imagine if you'd put as much thought and detail into your [NBN] proposal, you might still be in the game," she said.

Under question, Quilty detailed Telstra's reasons for submitting a 12-page NBN application that was ultimately rejected.

Quilty said Telstra prepared a detailed proposal of around 5,000 pages that the Government never saw.

"We very much would have liked to have put that detailed proposal into the hands of the Government, but first there were issues with which we sought clarity," he said.

"We could not get clarity on either," he said. "As a result we put in a short-form proposal. We remain of the view we met the mandatory requirements, That  said [DBCDE secretary] Patricia Scott, who excluded us, has a different view."

Asked by Senators what NBN options he considered to be still on the table for the Government, Quilty said he was not privy to any 'inside information' but that there were limited options.

The first, he said, is one in which a wholesale network is funded by equity owners including the Government and a number of, if not all of, the remaining NBN bidders.

"The questions are how it would be financed," he told the Senators. "The advice we have is that the remaining bidders would have great difficulty to raise the money to build a $10-15 billion network."

"The Government has made clear that its maximum investment is $4.7 billion," while Optus is on the public record as saying it will only commit $1-2 billion, he said.

"The remaining money would have to either be increased investment by the Government or money raised through debt markets, which in our view would be exceedingly difficult... unless the Government would provide some sort of debt guarantee."

Quilty warned that a new regulation scheme would be required to oversee access to a new wholesale network, which creates its own complications and costs.

Another option, Quilty surmised, would involve the Government mandating its core promise of 12Mbps to 98 per cent of the population using FTTN as a license condition requirement, implemented in the same fashion as the Universal Service Obligation.

Such a model assumes commercial interests could serve the majority of Australia's users with the Government's $4.7 billion used to encourage the provision of services to areas deemed commercially unviable.

But Quilty warned against this option.

"My view of that proposal is that it will only ensure people in regional areas get the cheapest and least capable result," he said.

"If you mandate a requirement, the company has virtually no choice but to do it in a way that is cheapest, with the least capability, and with no incentive for significant upgrades in the future," he said. "I would encourage the Government not to go down such a route."

Regardless of which option is chosen, Quilty warns the Government against stifling investment by any regulation that prohibits other companies from building out infrastructure that competes with the NBN.

"My grave concern, whatever the Government does, is that it doesn't just create a new monopoly," he said, in a gaffe that didn't go unnoticed by Senator Nash.

"I'm sorry, are you saying we already have a monopoly?" she asked.

"I'm talking about what is being asked for by others - that the Government outlaws competing infrastructure [with the NBN]," he said.

"If Senator you've been fighting for decades to get services to regional Australia, to then support a proposition that funds a network and regulates it such that nobody else can compete, that just makes no sense."