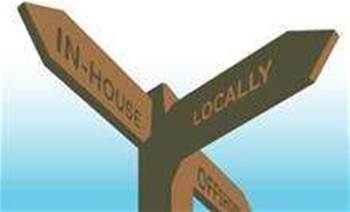 Telstra has threatened to take its research and development work offshore if it is prevented from claiming the R&D Tax Incentive under a plan raised by the former federal government.

The telco is one of a handful of large Australian companies with more than $20 billion in annual Australian turnover that would be prevented from accessing the tax concessions if legislation before parliament is approved.

Telstra argued in a submission to a Senate committee examining the proposed bill that scrapping access to the incentive for large players ran counter to the innovation and productivity messages emanating from Canberra.

The telco also made a veiled threat that the future of its R&D operations in Australia would not be guaranteed if the concession was pulled.

"As a proud Australian company, and one with an increasing global footprint, the R&D Tax Incentive has been one of the reasons behind Telstra's commitment to undertake the majority of our R&D work onshore, and where we partner with our vendors to undertake R&D on our behalf; we have mandated this requirement with them," Telstra said.

"While the incentive is not the only reason Telstra undertakes R&D onshore it is a valid consideration and any change to the nature of the incentive will be considered by Telstra as a factor in undertaking our business."

The Australian Information Industry Association is also against the bill, arguing it is "globally unprecedented" and "potentially discriminates against Australian companies".

The association also raised the threat of works being moved offshore.

"By not incentivising and rewarding (and indeed penalising) larger companies for undertaking R&D there is a real risk that such companies will either not undertake R&D or consider undertaking R&D in jurisdictions that reward them," it said.

The new federal government is not behind the proposed changes. It went to the September 2013 election on a platform that could allow big businesses to retain access to the tax breaks.