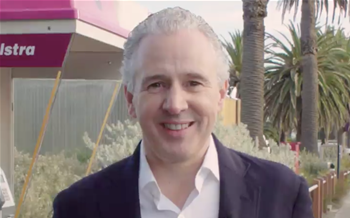 To local and national numbers.

Telstra will make all local and national calls placed from its 15,000-plus public payphones free.

CEO Andrew Penn said in a social media post that he had “made a decision to make all local and national calls free to standard fixed lines and standard Australian mobiles from our payphones.”

“Telstra Payphones are now free phones for everyone to anywhere in Australia,” he said in a separate statement.

Penn said the payphones are “an iconic part of the Australian landscape”.

“But importantly, you may be wondering who uses them in today’s society where everyone’s got a smartphone,” he said.

“We, in fact, still get 11 million calls a year through our payphones, and importantly, more than 200,000 of those are to emergency types of sites, such as E000.”

Penn said the payphones were also important to “someone fleeing domestic violence, sleeping rough, or just out of credit on their mobile.”

He noted they had played a crucial role during bushfire events when mobile networks were down, providing a lifeline for residents to let family know they were safe.

Telstra said that standard national calls and SMS from Telstra payphones will be free from today.

“International and calls to premium and satellite numbers will still incur a cost, while Telstra Air remains free to eligible Telstra customers,” it said.