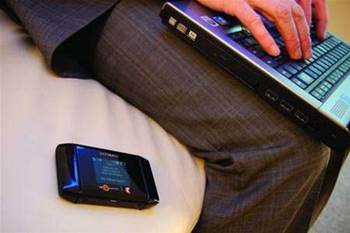 Telstra claims its Ultimate Mobile Wi-Fi modem is the world's fastest of its type. It connects via dual channel HSPA+. In theory, that should offer much faster speeds than 3G modems from other carriers.

As is usual with wireless devices, those speeds are likely to vary. Telstra claims the modem can run at up to 20 Mbps in Ultimate coverage areas (capital city CBDs, airports, certain regional centres), dropping to up to 8 Mbps elsewhere in capital cities and other metro and regional areas, and 3 Mbps in other areas. 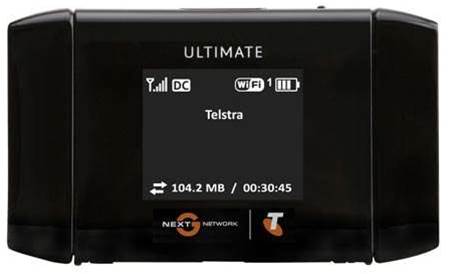 PC Authority's testing of Telstra's older (non dual-channel) 3G Wi-Fi modem, the Elite Mobile Wi-Fi, showed that speed does drop noticeably depending on your coverage area. The review team managed an average 7.9 Mbps in the Sydney CBD, and 4.5 Mbps in the suburbs. Once the tea, connected a couple of iPads, MacBook and iPhone, speeds dropped to around 2 Mbps per device.

As  noted previously, browsing the Internet is much more expensive using these 3G Wi-Fi modems, but users pay for the convenience of one SIM for multiple devices and mobility.

The Telstra Ultimate Mobile Wi-Fi is on sale for businesses today and for BigPond customers from July 19.

Got a news tip for our journalists? Share it with us anonymously here.
Copyright © PC & Tech Authority. All rights reserved.
Tags:
3gfemtocellmodemsimtelco/isptelstraultimatewifi