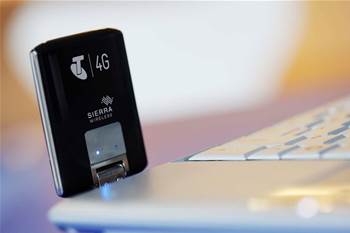 Telstra has made its Long Term Evolution network commercially available across several regional centres ahead of schedule.

The network passed its first live trial of 2000 business and government users in three capital cities this month.

It would be made available to consumers and businesses in 35 areas from today.

It would ultimately be expanded to the 80 most populous centres around Australia before the end of the year.

The telco refused to detail how many base stations had been upgraded in the initial LTE rollout but coverage would go to approximately 40 percent of the population.

Telstra planned to roll out the network gradually over coming years based on the remaining HSPA mobile capacity at sites.

"At this stage we don't have a plan for a ubiquitous wide-area coverage. That will continue to be provided by our 3G HSPA technology," Telstra's director of wireless fundamental planning and integration Anthony Goonan said.

Telstra has launched a dual-LTE and HSPA-capable USB dongle. An LTE-capable smartphone from HTC and tablet from an unknown manufacturer were also in planning for launch in the first half of next year.

Goonan said the network would operate at an average of between 2 and 40 Mbps downstream and 10 Mbps upstream speeds during normal use.

However, chief executive David Thodey had recently claimed peak speeds of 84 Mbps, with effective downstream speeds of 45 Mbps and upstream of 20 Mbps.

A live demonstration of eight devices connected to the same cell indicated synchronous 20 Mbps speeds over the network.

The initial rollout locations were:

He said manufacturers required little persuasion to make devices that complied with the 1800 MHz spectrum used by Telstra for the LTE network.

Optus and Vodafone Hutchison Australia planned to use the same spectrum band for their respective networks, but both said a dearth of devices on the market held back a general LTE rollout.

According to Bray, that had not been the case for Telstra.

"The device manufacturers are coming to us with LTE1800 devices," he said.

The Global Mobile Suppliers Association counted a total 161 LTE-capable devices in July, though only 16 of those were confirmed to have 1800 MHz compatibility.

The Telstra dongle available from this week would also be LTE-compatible in the 2.6 GHz spectrum, which was expected to be made available along with 700 MHz bands in the forthcoming digital dividend auction at the end of next year.

Goonan said the global trend toward 1800 MHz LTE deployments would push for greater device availability in coming years, though a move to the more desirable 700 MHz spectrum in Australia could fragment devices.

"The thing with 700 [MHz] is that even though that term is used in most countries, there's going to have to be customised devices almost at the country level, certainly at a regional level," he said.

However, Goonan said 1800 MHz was "the main train line" for LTE.