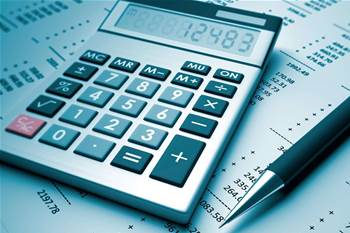 The Australian Competition and Consumer Commission today issued a new draft determination on pricing for the declared fixed-line services, revealing it may now lump Telstra with a 9.6 percent drop in wholesale fixed-line prices compared to the 0.7 percent it had previously proposed.

Telstra had argued for a 7.2 percent increase in the charges to account for rising costs resulting from users churning off its network and onto the NBN.

It is forecasting a 62 percent fall in fixed-line demand by FY2019.

The telco said although some of its fixed-line costs could be cut as uptake of the NBN accelerates and more users are switched off copper, the decline in costs would not match the decline in demand.

But the ACCC didn't buy the argument and in March issued a draft decision stating Telstra's wholesale charges should instead be cut by 0.7 percent over four years - equivalent to a 12 percent decline in real terms - to ensure price stability and competition.

However, after considering a number of issues since the March draft decision, the ACCC today revised its original assessment to a one-off uniform price fall of 9.6 percent, which would kick in on October 1 and run until June 30 2019.

The ACCC said more detailed information on Telstra's operating expenditure, consideration of the inflation forecast and the movement of interest rates had all come into play in its new draft decision.

It said it hadn't been given enough information on Telstra's financial forecasts prior to its March draft decision to make an informed view on its operating and capital expenditure forecasts.

After Telstra handed over the relevant information, the ACCC said its view was that expenditure that is incremental to the NBN rollout should not be recovered from users of the fixed line network.

“Users of Telstra’s network should not pay the higher costs that result from fewer customers as NBN migration occurs," ACCC chairman Rod Sims said in a statement.

"If there is no adjustment for these higher costs then customers who have not been migrated to the NBN will pay significantly higher prices for copper based services. Eventually these prices would reach absurd levels for the unlucky last copper customers."

He said assets that become redundant as a result of the shift to the NBN would be removed from the asset base.

“This draft decision reflects the fact that Telstra had the opportunity in its negotiations with NBN to ensure that it received consideration for the effects of service migration, including the costs associated with the loss of economies of scale and asset redundancy,” Sims said.

The ACCC will take submissions on the proposal until July 17, and plans to release its final decision at the end of September.

"The ACCC is at odds with all the data which shows per unit costs on the copper network are set to rise, not fall, over the next few years," a spokesperson said.

"It also appears to be disconnected from its own pricing principles, which commit it to setting prices that mean all companies using the copper network bear the costs of operating the network equally."

The telco argued its deal with the NBN did not account for costs incurred on its legacy network during the switch to the NBN.

"If the ACCC reduces access prices on the legacy network, it risks making the transition to the NBN harder for everyone – consumers, industry and NBN Co," the spokesperson said.

Telstra said it would use the remaining time in the consultation process to attempt to reverse the draft decision and make sure the ACCC's final determination reflects "actual costs and treats all users of the network equally".

Optus said it welcomed the decision.

"The proposed prices are based on Telstra input data, which demonstrates that as Telstra transitions to the NBN its unit costs to supply fixed line services will decline," a spokesperson said.

"This reduction in costs of supply will now be reflected in access prices. Telstra may argue that it will incur additional costs to support the rollout of the NBN, but as the ACCC decision indicates, these costs should not be recovered in access prices."

The Competitive Carriers Coalition said the ACCC's decision was a sensible move designed to protect customers from "attempts by Telstra to double dip in the transition to the national broadband network".

“Telstra negotiated a handsome payout from NBN for migrating customers off this equipment – billions of dollars in taxpayer money," CCC chairman Matt Healy said in a statement.

“Asking the ACCC to allow it to increase charges to people still using the old copper network to compensate Telstra again for the loss of scale caused by migration to the NBN was the height of cheek.”