Telstra eyes up Pacnet for acquisition 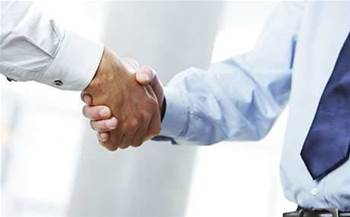 Working to take over 46,000km of undersea cable.

Telstra is in discussions with cable operator and telecommunications provider Pacnet over potential acquisition, the telco confirmed today.

Australia's largest telecommunications company today informed the Australian Stock Exchange it was in negotiations with Pacnet to potentially acquire the company, but said there was no certainty a transaction would eventuate.

Pacnet was formed in 2008 as a result of the merger of Asia Netcom and Pacific Internet. It owns around 46,500 km of submarine cable between the US and Asia.

The 9620km EAC Pacific connects the US to Japan, and the 36,800km EAC-C2C connects landing points across eight countries in Asia. Pacnet also boasts 110 points of presence globally.

The telco today declined to comment further on its negotiations. Telstra shares rose 1.2 percent to $5.80 following its announcement to the ASX.

Telstra has spoken in recent years about its intention to push into Asia and expand its business in the region. It has also made growing its subseas international cable operations a priority.

In February last year, Telstra - together with Vodafone New Zealand and Spark - announced the build of the new Tasman Global Access (TGA) cable.

The US$60 million TGA is set to have 30 terabits per second capacity and will complement the existing Tasman 2 and Southern Cross cables.

The three telcos today said they would produce a joint progress report on the TGA on Thursday this week.

The company's data centre business model is to sell network, managed services and if possible, space in other national Pacnet facilities along with co-location space.