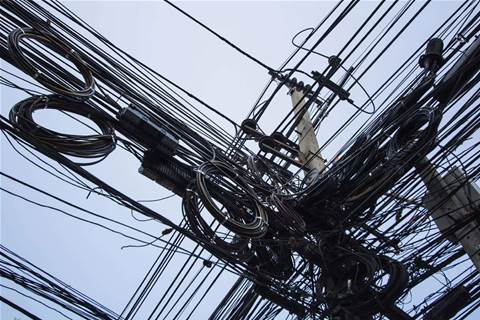 Telstra has expanded its Asian network backbone through capacity purchases on existing submarine cables and a new fully-owned overland circuit.

A Telstra spokesman said the company was not part of the consortium that built the Bay of Bengal Gateway cable, but has secured capacity on the system that connects Singapore, Malaysia, India and Sri Lanka with Oman and the United Arab Emirates.

BGG spans 8000 kilometres and comprises three fibre pairs, with 100 gigabit per second technology and a total design capacity of 55 terabits per second.

The telco has also built a new overland fibre cable in Taiwan, which it said provides the shortest route in the area between the capital Taiwan and regional centre Kaoshiung and Hong Kong.

All three networks, along with a new ring topology fibre network that provides interconnects with points of presence and cable stations in South Korea, are ready for service.

The company declined to say how much money it has sunk into the Asian network expansion or how much new capacity it has added.

"In terms of the cost, we won’t be commenting on the commercial arrangements we have with the BBG and FASTER consortiums and we are not revealing the direct investment value in Taiwan and Korea beyond the fact that we invest tens of millions of dollars each year in our global network," a spokesperson said.

The telco is also a minor stakeholder in the Tasman Global Access (TGA) cable between New Zealand and Australia which is currently being laid.

It has similarly signed a memorandum of understanding to explore Subpartners' APX-West cable, which will connect Perth with Singapore.