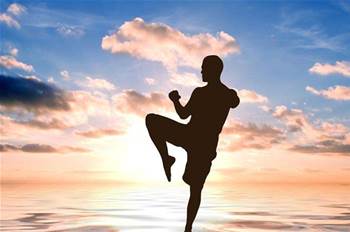 Telstra and Dimension Data are the latest to jump in an increasingly heated battle for the federal government’s cloud dollars, today announcing Canberra-based cloud offerings tailored to government clients.

The targeted solutions follow hot on the heels of SAP's early November announcement that it would begin offering its HANA cloud suite from an undisclosed Canberra location from Q2 2015.

The unveiling of Dimension Data's managed cloud platform (MCP) today aims to capitalise on the Commonwealth's recently released cloud-first policy, which asks agencies to adopt cloud where it is fit for purpose, represents the best value for money and adequately protects data.

DiData said it would partner with Canberra Data Centres to establish the platform, which had been designed solely for government clients and which would be hosted within a facility tenanted exclusively by government agencies.

The Dimension Data platform will enable government organisations to meet the Australian Signals Directorate’s requirements for hosting information up to a ‘protected’ classification.

The company said it had already signed up its first clients in the National Disability Insurance Agency and the Department of Finance, which will run a whole-of-government video-conferencing booking system using the service.

“The Canberra [managed cloud platform] has been designed with the Government cloud computing policy in mind, in order to allow departments and agencies to adopt cloud services that not only provide adequate protection of government data but also deliver value for money,” DiData CEO Rodd Cunico said in a statement.

The service provider will race to get its solution out to market by early next year before new rival Telstra, which today also announced the arrival of a similar offering.

Telstra's 'Government Cloud' will be hosted out of a new co-located facility in Canberra, a Telstra spokeswoman confirmed. She declined to reveal the details of the setup.

The telco has had a data centre presence in Canberra for several years already, thanks to a partnership with NextDC.

The new product will similarly be accredited to host information up to the ‘protected’ level, Telstra said. It will become available to the public sector market in the first half of 2015.

"Our initial focus will be on infrastructure as a service (IaaS) incorporating compute and storage with connectivity through our Managed Secure Network Gateway (MSNG).

"Our roadmap includes additional services such as Software as a Service (SaaS), Platform as a Service (PaaS) and unified communications," Telstra explained.

The telco also cited the Government’s October release of its cloud-first policy as a key driver behind its push into Canberra.

Previously, the federal government’s cloud push had focused on its unclassified information stores, particularly in the lowest risk areas of public-facing website content and test and development.

The Coalition revised this stance in October this year, formalising a new strategy in which agencies are required to adopt cloud-based solutions as default as long as they meet a list of suitability requirements.