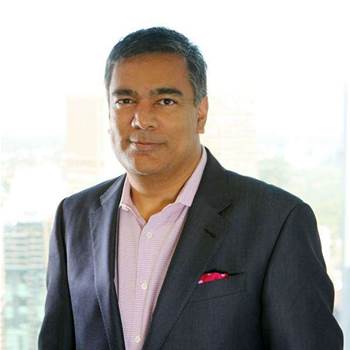 Telstra has sacked its chief technology officer Vish Nandlall after discovering elements of his resume had been falsified and amid accusations he had plagiarised presentation material.

Telstra confirmed the departure, as first reported by The Australian.

The telco took action after discovering misrepresentations with his resume and amid accusations of plagiarised presentations, iTnews understands. Telstra declined to provide detail.

Nandlall said he was returning to Canada for "personal reasons" and denied the allegations.

"The terms under which I am leaving Telstra are private. Regarding the reported allegations, my CV is available through LinkedIn, and is verifiably accurate," Nandlall told iTnews.

Nandlall joined Telstra in August 2014 after serving as CTO for Ericsson's North American operations, according to his LinkedIn. His profile also lists stints at Extreme Networks and Nortel.

As CTO at Telstra, Nandlall's more recent work has included looking at Telstra's role in over-the-top and digital services and developing a 10-year technology roadmap.

Telstra is not immediately replacing the role, and will instead await direction from freshly-minted head of technology, innovation and strategy Stephen Elop. Elop left Microsoft in March to take on the role.

It's the second time in Telstra's history the telco has sacked a head of IT. In late 1993 the telco let go Bruno Sorrentino after discovering the executive had not attended Imperial College, as stated on his CV.