Telstra coy on "real value" of its network 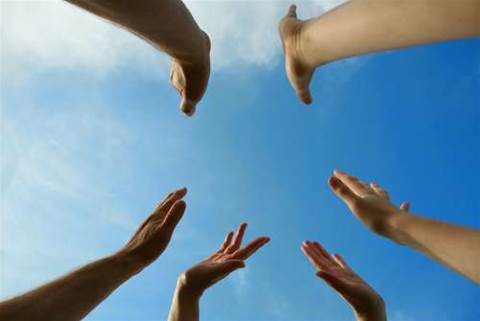 Telco won't say how much it's worth to NBNco.

Telstra has assured investors it will only sell assets into the NBN if it receives "real value" for them but dodged questions on what it deemed to be fair.

The telco's chief financial officer John Stanhope said Telstra would consider "vending assets for an appropriate consideration of cash" that represented what he called "fair value".

Telstra would also consider equity in the NBN "if there was a prospect of a return", he said.

But he later dodged questions from financial analysts over how he defined "fair value" for the assets that NBNco is eyeing.

"You wouldn't be surprised to hear I'm not going to tell you what's fair," Stanhope said.

"There are various ways to value whatever is transferred or whatever NBNco is interested in in terms of physical assets and customers - there are ways of valuing the cash flow those customers generate.

"We think we've reached in our modeling a way of appropriately valuing [those assets]. If we get down that far [in the negotiations] we'll put that in front of shareholders."

The value of Telstra's core network has been the subject of intense scrutiny in the past 48 hours after Communications Minister Stephen Conroy inadvertently released figures on how the Australian Competition and Consumer Commission valued Telstra's network assets.

The figures put a value of between $7.9 billion and $17.6 billion on the assets when depreciation was factored in - far less than Telstra models which pegged the network value between $27 billion and $33.03 billion.

Telstra chief executive officer David Thodey said an equity consideration for Telstra's assets was still on the table but that he couldn't take such a proposal to Telstra's board or its shareholders "unless it very clearly defined what returns we'd get".

"Unless we understand the returns it's very difficult to do," Thodey said.

"I'm not saying no to equity because if they [NBNco and the Government] came to us with a guaranteed environment we'd consider it.

"But no one's seen the financials of NBNco so we need to make sure it's real value, not hypothetical or promised [value]. It has to be real value because we have real assets and have to provide our shareholders value [if we vend those assets in]."

Stanhope conceded that some of Telstra's assets were "more valuable to the NBN than others".

"Duct and pipe access is obviously valuable because if they are going underground it's going to cost them less and take them less time [to deploy the NBN using our infrastructure]," Stanhope said.

"How do we value that? There's been some valuations I understand that have been accidentally released. But they don't necessarily bear much relevance to how we might value that particular asset to the NBNco.

"What's important is not so much the physical asset but how you value the space," Stanhope said.

Telstra was unable to put a figure on the spare capacity in its ducts and pipes that could be sold to NBNco.

Thodey provided an update on Telstra's negotiations with the Government and NBNco, claiming they were "going well".

But he made it clear that he could not promise a deal would be done.

"Do I think there's a pathway to get to a deal? Yes I do," Thodey said.

"A lot of people think this is a straight negotiation. It's not. There are complex streams of work involved [in the NBN project] and there remains a lot of uncertainty around these streams."