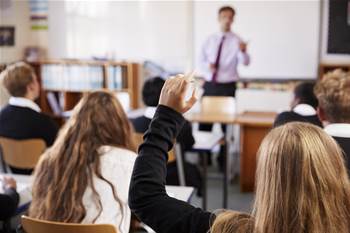 The final 12 public schools including Wattle Flat Public School near Bathurst were connected to fibre internet on Thursday, concluding the two-year project.

Telstra began the upgrade in late 2020, with Education minister Sarah Mitchell promising a tenfold increase in internet speeds in metropolitan and regional areas at the time.

Deputy Premier Paul Toole on Thursday said that every public school in regional NSW is now connected to fibre internet.

“Partnering with Telstra has allowed us to move the remaining 12 public schools in NSW from satellite to fibre optic cable, ensuring much faster internet speeds,” he said.

Toole added that the connectivity improvements also extended beyond the school grounds into the community, reiterating similar comments by Telstra executives last year.

More than 5200 kilometres of fibre have been rolled out by Telstra, giving regional areas access to up to 10Gbps speeds.

“We are not just improving the connection to the world for our school kids but for entire communities,” he said.

“By investing in internet infrastructure to the school gate, we are bringing opportunity to previously disconnected communities.”

Telstra first deployed fibre - delivering speeds of between 4Mbps and 100Mbps - to all NSW public schools and TAFE institutions under a $280 million deal in 2010.

The fibre upgrade is separate to the regional access gap program, which is delivering learning devices and smartboards to students and teachers at a cost of $365.8 million.