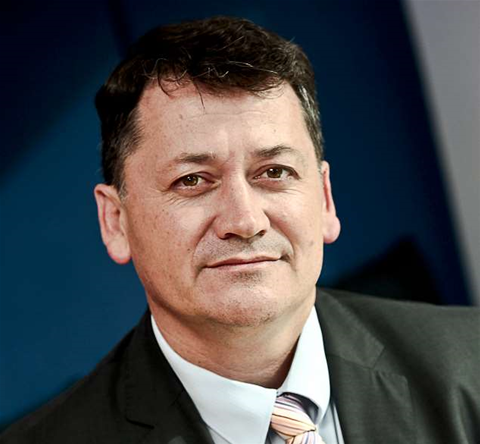 Telstra’s head of regulatory affairs Tony Warren has called on the telecommunications industry to develop an industry-wide solution to coordinate customer migrations to the national broadband network, suggesting the Comms Alliance take a more active role in handling the transitions.

In a speech to the Commsday Summit in Sydney today, Warren said the industry had so far failed to deliver a “significantly positive experience” when it came to switching customers to the NBN.

“The end user frequently experiences delays and disruptions when they try to switch to the fibre network,” he said.

“Problems include too many premises not being ready, construction delays and an incomplete product set.”

He said while NBN Co had improved its performance migrating customers over to its network in recent times, the company’s efforts had been hindered by the absence of a single framework that sets out clear responsibility for customer migrations.

“And because we’ve found that the ACCC enjoys more power over Telstra because of legacy regulatory arrangements, it understandably often seeks to influence outcomes by regulating us, even though quite often it involves other parties’ responsibilities.”

He suggested the Comms Alliance was best placed to drive the solution and oversee the operational migration process.

“Of course the ACCC should have an important backdrop role, but it is the industry that needs to step up and work with NBN Co to drive more efficient and effective outcomes for customers.”

When asked whether it should be the responsibility of NBN Co, rather than the Comms Alliance, to ensure migrations onto its network are effective, Warren said the last three years of the NBN had shown it was not possible to migrate customers without a network of telcos, RSPs, supplier and NBN Co involved.

“There’s a whole lot of handshakes that need to go on that aren’t happening at the moment. Everybody needs to step up, it’s been a failure across the board, and it’s really harmed the brand of the whole rollout, and the industry brand,” Warren said.

“[The industry] needs to lift its game on it. The reason we point to the Comms Alliance is to get regulatory guys like me out of the process, and get operational guys in. As soon as it drops into regulatory process we don’t see the same resolution of problems."

Warren also offered an insight into NBN Co’s trials of fibre-to-the-building in Melbourne, revealing Telstra customers had experienced peak speeds of 90Mbps up and 30Mpbs in the pilot.

NBN Co announced late last year it would trial FTTB in several suburbs in Melbourne. It revealed last week it would deploy DSLAMs in around 10 multi-dwelling units in a pilot to last until the end of April.

It has partnered with iiNet, Telstra, Optus and M2 for the trials.

The company is competing with TPG which has begun construction on a number of sites across NSW, Qld and Victoria for its own FTTB trial, and is testing the service with a number of live customers.