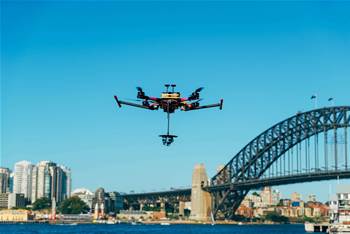 Telstra has thrown its weight behind calls to allow drones to operate in Australia beyond the visual line of sight (BVLOS) of a pilot.

The telco told a Senate inquiry that relaxing rules requiring pilots to operate UAVs in their own field of vision – with some appropriate technical safeguards – could usher in innovative uses of the technology, and establish Australia as a leader in the field.

“In our line of work, BVLOS would allow us to more efficiently assess damage to mobile network towers and other infrastructure during disaster situations when the infrastructure is not accessible by vehicle,” Telstra said.

The carrier suggested other drone applications could benefit from BVLOS flight, such as the use of drones for shark surveillance or in “disaster response and restoration in situations where it is not always possible or safe for a user to be close enough to maintain visual line of sight (e.g., bush fires or chemical spills)”.

NSW is currently using private contractors to fly drones for an hour a day from the headlands of select beaches.

The telco joins the likes of Australia Post in seeking the BVLOS relaxation for commercial drone operations.

Australia Post – which last year commenced drone delivery trials that it hopes to continue in 2017 – recommended in a submission of its own the “development and trialling of RPA [remotely piloted aircraft] operations beyond visual line of sight”, citing it as “fundamental to realising the full potential of the technology.”

Group CEO Don Meij said in a Senate submission that relaxing line of sight rules would play a significant role in determining whether drone delivery services were viable or not in Australia.

“For commercial users, we have every expectation a regulatory system will allow for the unique nature of drone deliveries, specifically their low cost and low risk nature, owing to the short distances and low altitudes of standard flights,” Meij said.

“The existing regulations, particularly the requirement to conduct flights within line of sight, and associated requirements regarding the lodgement of flight plans, were understandable given the technology and safety environment in which they were established.

“However, Domino’s submits these rules will require careful examination, and relaxation, should commercial drone deliveries be viable in this country.”