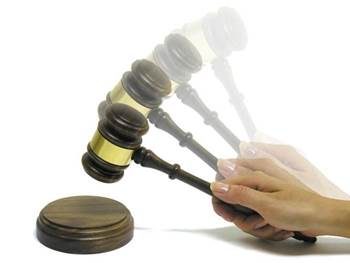 Telstra is threatening legal action against Optus over claims the Singapore-owned telco made misleading comments about the speed of the 3G iPhone on its new 900Mhz high-speed network.

This week, Optus announced it would launch the much-anticipated 3G iPhone in Australia on July 11.

At the time of the announcement, Optus chief executive Paul O’Sullivan claimed iPhone users would be able to enjoy 3G services on a new network it has slated to build by December 2009 that will cover 98 percent of the Australian population.

"With Optus, more iPhone users can enjoy 3G services as we expand our network to 96 per cent of the population by December 2008 and 98 per cent by December 2009," Optus chief executive Paul O'Sullivan said.

In a letter sent to Singtel Optus corporate council, Telstra voiced concern that the high-speed services promised by Optus would not be delivered on the iPhone as the device is not compatible with Optus's 900Mhz 3G network.

“As you are aware, 3G devices operate on limited frequencies (the most common frequencies in Australia being the 850 and 2100 MHz frequencies). As such, some 3G devices will be incompatible with Optus's 900Mhz 3G network,” wrote Telstra Consumer and Marketing Channels general counsel, Jennifer Crichton.

Crichton warned Optus that claims of compatibility between its 3G services and its proposed 900Mhz network would amount to misleading and deceptive conduct, and would breach section 52 of the Trade Practises Act 1974.

“Just this week Singtel Optus CEO was claiming a new mobile would operate on its proposed 3G network but failed to mention it was on the wrong frequency. It’s like someone claiming they can get cable TV without a cable,” Taylor said.

“It’s important that consumers understand when they are choosing their mobiles that some of these new phones simply won’t work properly on other frequencies like 900,” he said.

An Optus spokesperson did little to diffuse Telstra’s veiled threats, simply stating: “Optus will continue to be clear with customers about the compatibility of devices on its networks."

Although Telstra has not yet made an agreement with Apple to offer the iPhone on its Next G network, Taylor hinted that the popular device could be headed its way soon.

"Telstra is the market leader in mobiles and we aim to stay that way, so while not commenting on iPhone or our plans specifically, watch this space,” he said.
Got a news tip for our journalists? Share it with us anonymously here.