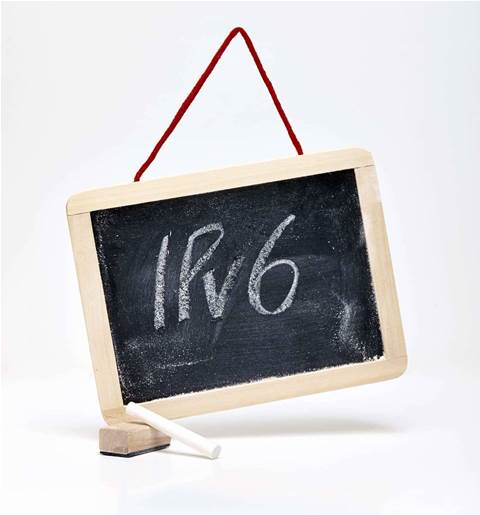 Telstra has added support for the next-generation IPv6 addressing scheme to its mobile network to allow for future growth in connected devices.

As first spotted by CommsDay, the incumbent last month said it would introduce dual-stack IPv4 and IPv6 addresses on the Telstra.WAP and Telstra.Internet access point names from September.

Each device will be allocated a dynamic /64 IPv6 prefix, with access to the next-gen addressing scheme on Telstra's network requiring further configuration on user devices.

Telstra will provide automatic configuration of IPv6 for users, with maintenance releases and new devices that default to the new protocol, at a later stage.

It currently offers only dual-stack support: single-stack support using the RFC 6877 464XLAT standard to bridge the IPv6 and IPv4 public internets will be added later this year.

Telstra said that apart from supporting future technologies like the internet of things, its long-term strategy is for its network to be fully IPv6 end-to-end.

The company noted that bring-your-own-device customers running Microsoft's Windows 8.1 operating system could experience problems connecting to the Telstra.Internet APN. It advised them to use IPv4 only.

In March this year, the telco revealed it had run out of addresses for the older IPv4 addressing scheme.

The use of address translation network gateways breaks the internet end-to-end connectivity principle: devices behind CGNAT are not visible to the hosts on the internet that they communicate with through the gateway.