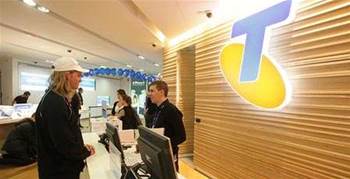 Telstra has been forced to review its handling of complaints about faulty mobile phones after an investigtion by the consumer watchdog uncovered 400 instances where customers may have been misled.

The Australian Competition and Consumer Commission (ACCC) today said that following an investigation into how Telstra staff responded to complaints about faulty mobile phones, it had found customers may have been misled about their consumer guarantee rights, specifically that they weren't entitled to a refund, replacement or repair.

Complaints to the watchdog included that Telstra staff had told customers they weren't entitled to any remedy outside the manufacturer's warranty; that no refund or replacement was available when a mobile phone was returned outside Telstra's specified returns period; and that a mobile phone could not be replaced unless it had been repaired three times.

The 400 complaints were made over almost two years from January 2011, the ACCC said.

Telstra had begun implementing the agreed commitments in stages from this September, the ACCC said.

“This investigation highlights the importance of businesses educating their staff, and consumers, that consumer guarantee rights are in addition to the business’s own policies and any voluntary warranties,” ACCC deputy chair Dr Michael Schaper said in a statement.

“Customers rely upon the statements that salespeople make in-store which is why these statements cannot mislead consumers without breaching consumer law. All businesses should ensure that their staff training programmes explain a business’s obligations under the Consumer Law.”

A Telstra spokesperson said in a statement the telco apologised to any customer who encountered difficulty in attempting to resolve an issue with a faulty device.

"Providing a positive customer experience is our number one goal.  We know how frustrating it can be when a device doesn’t work, so we work hard to ensure people can have their problem fixed in line with their rights, including those provided under the Australian Consumer Law," the Telstra spokesperson said.

"We acknowledge the concerns raised by the ACCC and are working constructively to address these concerns."

Apple and HP have also recently been slapped on the wrist by the consumer watchdog for failing to properly inform customers of their consumer rights.

Apple last year promised to offer a 24-month warranty for products after being reprimanded by the ACCC for misleading customers about repairs and refunds, while HP was forced to hand over $3 million following a lawsuit initiated by the ACCC over dodgy warranty and repair practices.